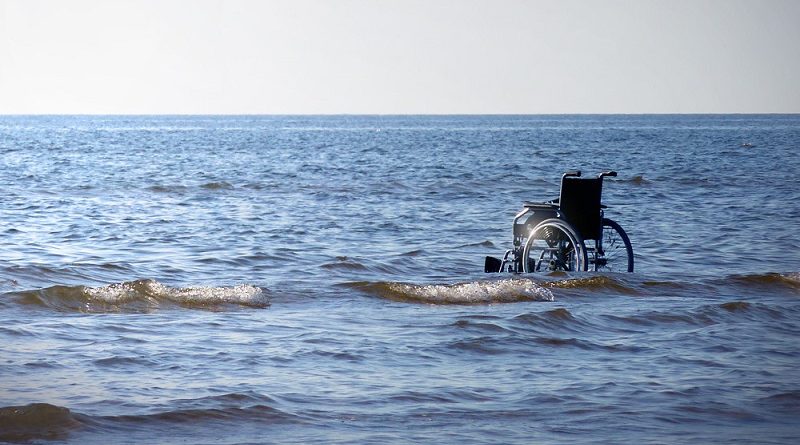 There’s a killer on the loose!

A killer, who does his work silently — preying on people of adult age.  He does his work slowly.  At first, his work is barely noticeable.  You’ll hardly feel it.  Over time this silent killer will have a bigger effect on your life.  Eventually it can be deadly.

His work begins when middle age starts, and he really gets going when you hit age 50.  Over time, he robs you of your strength — Your life-force gets slowly eaten away.

Given enough time, he leaves you weak, infirm, sedentary, and completely dependent upon others to exist.  So weak that something minor (like a fall)…can be deadly.

Unfortunately, this killer isn’t a disease or even a syndrome, it’s a regular part of the aging process.  It’s burned into our genetics.  I’m talking of course about sarcopenia.

You haven’t heard of it?  Even if you don’t know what it’s called, I’m sure you’ve already seen some of its effects on our elderly.

Sarcopenia is the natural loss of muscle mass and muscle strength as adults age.  It happens to nearly everyone as they age, at least to some degree.

When it comes to age-related diseases, sarcopenia doesn’t get a lot of press.  It’s cousin osteoporosis gets most of the news.  But, I believe age-related sarcopenia needs a lot more press than it gets. 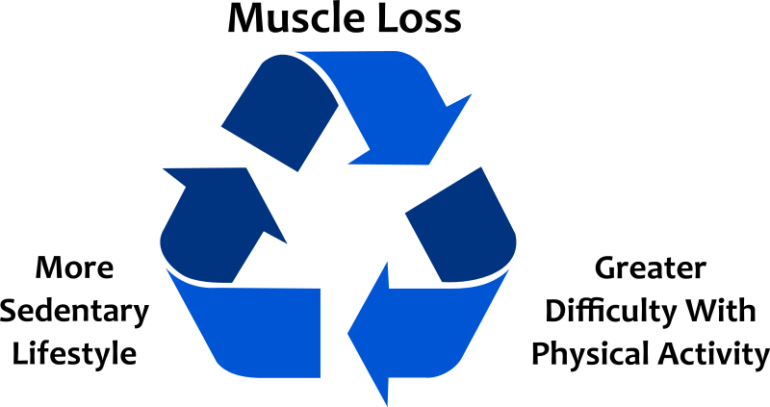 It’s a use-it or lose-it world people.  A sedentary life just contributes and accelerates the process.

Eventually the elderly need help to sit on the toilet.  Nursing homes eventually do the cooking and cleaning for them.  While opinions on elder-care nursing homes may vary, I think the setup at those places actually contributes to the death of our elderly family members.

In my mind, nursing homes are the beginning of the end.

My family actually has some experience with sarcopenia.  Out of my four grandparents, three died because of its effects.  It wasn’t listed on the death certificate of course, but it was a significant cause.

Why do I think that?  Because they all fell and never really recovered.

After years of living on their own, all of my grandparents that lived to old age eventually had a serious fall.  After years of losing muscle mass, it becomes difficult just to stand.  They couldn’t move around with the confidence and surety we younger-folk take for granted.

Falling down when you’re young is no big deal.  But falls when you’re older can cause significant damage.  One of my grandparents fell down some stairs and died.  The other two fell and broke bones.  None of them were unable to stand-up and get assistance.

The two who fell and broke bones were eventually put in nursing homes (after recovering), but neither lasted very long.

That said, solutions to these problems aren’t easy.  I can understand why my own grandparents were put in nursing homes — They needed daily care that my parents couldn’t give them.  Care that most people can’t give because they’re working.

You think your life is busy now?  Imagine taking care of an elderly parent.  You’ll need to get them dressed every day.  They have difficulty walking, so you’ll need to take them to the toilet every couple hours.  You’ll need to cook them meals, hand feed them, and then do all the clean-up.  And that’s only just the beginning.

Frankly, it sounds like having an extra toddler in the house…and I don’t have time for another toddler.

Would I put my own parents in a nursing home?  I’ll cross that bridge when I come to it.

So far, both my parents and Mrs. Tako’s are healthy and lead active lifestyles.  We’re hoping it stays that way.

Yikes, this is all really depressing to think about isn’t it? Sorry folks, that’s life.  I try to keep things humorous on this site, but sometimes we have to talk about really serious stuff.

Why bring-up the depressing stuff?  So we can combat it!

Most of you aren’t of an advanced age yet, but you’re probably over 30 (like myself).  That’s when sarcopenia begins to take its toll, and it’s exactly the right time to start making changes in your life to combat the effects of aging.

While there is no cure, you can do something about it.  Most research indicates you can combat the effects of sarcopenia with resistance training and a proper high protein diet.  That’s right — the same kind of regimen used to build muscle when we’re younger can stop, delay, or possibly even reverse the effects of age-related sarcopenia as we grow older.

Diet is also a factor.  Apparently the elderly actually need to consume more protein than a younger adult to maintain their muscle mass.  (See the Further Reading section for more info)

As a parent of young children, finding time to exercise is a tall order.  Most of my spare time gets sucked into taking care of the kids, or working on this blog.  Regardless, I still need to be getting regular physical exercise.

This post is good reminder for me.  A reminded that a healthy life is a choice at older ages just as much as it is when we’re younger.  We don’t have to waste away in a nursing home.

Thankfully, I don’t work in an office anymore.  While most office workers will be sitting at their desks from age 50-65, sarcopenia will be eating away 1% of their muscle mass annually.  That’s a scary thought.

Instead of sitting at a desk, I’m going to be outside (enjoying the fresh air) and getting regular physical activity.

Yes, it is going to get harder with age, but I’m still going to try!

Thankfully I have the gift of time.  Financial independence gives me the time and the freedom to choose this goal.  With any luck, I’ll be far ahead of those office workers stuck in the 8am to 6pm grind when I turn 65.  I plan to be healthier, stronger, and have strength training regimens already set as a habit.

Financial independence has given me a head-start on health, strength, and (hopefully) a long life.  I don’t plan to waste it.

I’ve only touched the surface of age-related sarcopenia.  You may want to do some further reading as well.  Here are some of the many sources I referenced for this post: 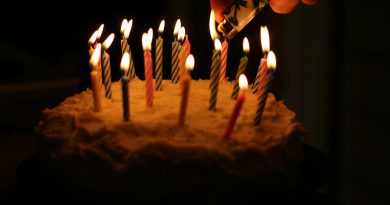 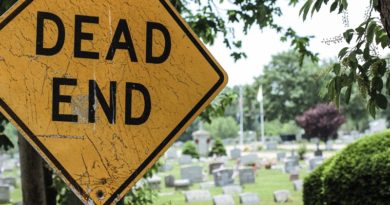 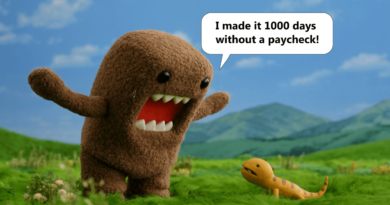 11 thoughts on “A Silent Killer”

Leave a Reply to The Green Swan Cancel reply