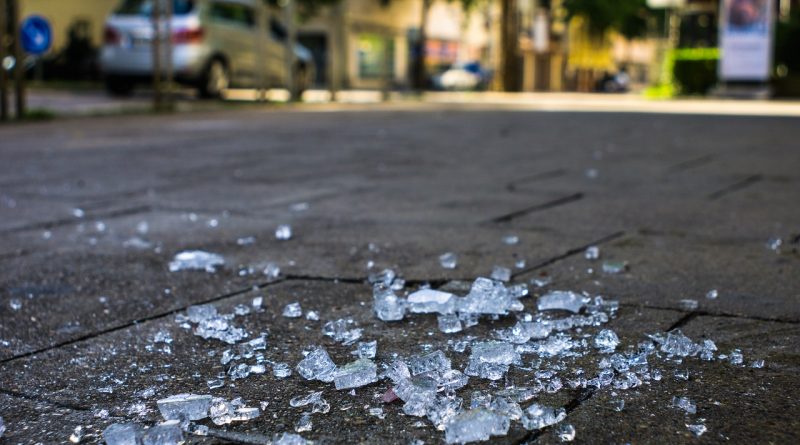 Have you ever had a long string of bad luck, completely out of your control?  A whole series of bad events, seemingly unconnected to anything you’ve done that suddenly all lands in your lap at roughly the same time?

A whole bunch of these bad things just happen, and there’s very little you could have done or said to avoid this fate.

That’s exactly what has happened to me over the past couple of weeks.  Both financially and emotionally, life was a bit of a disaster in the Tako household…

First and foremost on our minds was a serious health scare in the family.  My father, Grandpa Tako, noticed an usual lump in a …err… unmentionable place.  Not the kind of place he was used to finding lumps.  Usually lumps are BAD, and the first guess of all the doctors was that he had cancer.

Yikes!  While cancer isn’t the death sentence it once was, it’s still a very serious disease that can be extremely costly to treat.  It was a sad day around the Tako household upon hearing this early prognosis.

Doctors (of course) like to be thorough, and they had Grandpa Tako go in for an ultrasound a few days later.  This round of testing proved to be a lot more positive than the initial diagnosis.  In the ultrasound it didn’t look like cancer (which is good), but now the doctors don’t have a clue what it is…

And, as I said earlier, lumps are usually not a good thing.  So, the next step is to schedule a biopsy.  All we can do right now is cross our fingers, hope for the best, and wait for the eventual prognosis.

Tech Disaster Round 1: A Fallen Soldier

The next disaster was a fallen soldier who had been faithfully serving our family for 13 years.  My old laptop, a Dell XPS 1330 finally bit the dust.

Let that just sink in for a moment — A laptop that had seen near daily use for 13 years.  This was a laptop that was new back in 2007. 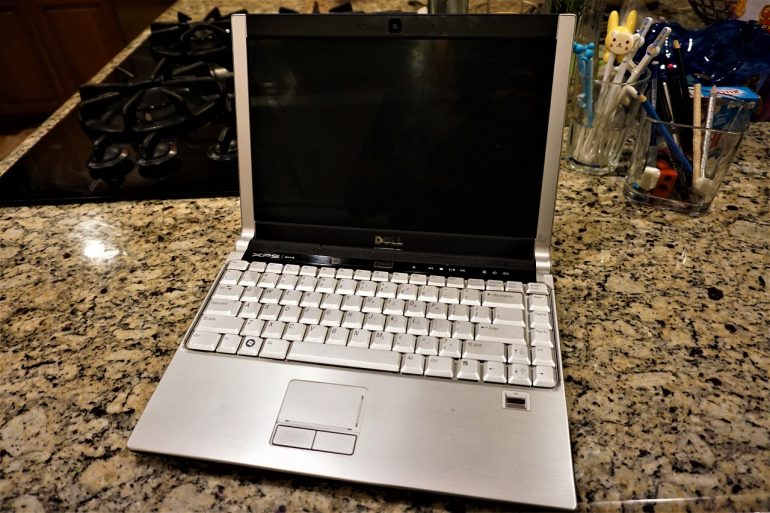 Most people change-out laptops every few years.  Maybe 5 or 6 years if they really take care of them.  Laptops (in today’s society) are kind of “disposable” goods, even though they really shouldn’t be.  Just like smartphones.

Ours was definitely getting on in years, and one day the motherboard finally decided to give up the ghost.  It wasn’t worth the cost of fixing anymore, so I’m finally laying it to rest.  Which is really sad, because this faithful servant was like an old friend.  I’m sad to see it go.

Now, to be clear, this was not my primary blogging laptop.  I actually moved on to a newer laptop as my daily driver several years back… but the old Dell laptop was used as a Kodi media server for our television.  It saw near-daily use by myself, Mrs. Tako, and the kids.

If you’ve never used Kodi before, it’s a fantastic piece of media server software that’s incredibly customizable.  The kids were especially disappointed, because that’s how they streamed Saturday-morning cartoons from PBS, and watched their movie collection.  They’ve had to go without TV for a couple of weeks now!  (Oh the horror!)

Obviously this “no TV” business isn’t going to fly very long with the misses either, so I needed to find a solution that was:

d) Easy enough for the kids and wife to use.

e) Able to play back our entire library of movies, and tv shows.

Eventually I settled on a Raspberry Pi 4B, a single board computer that typically costs around $35, and yet it’s powerful enough to suit our needs.  $35 might seem really cheap, but it comes as only a bare board: 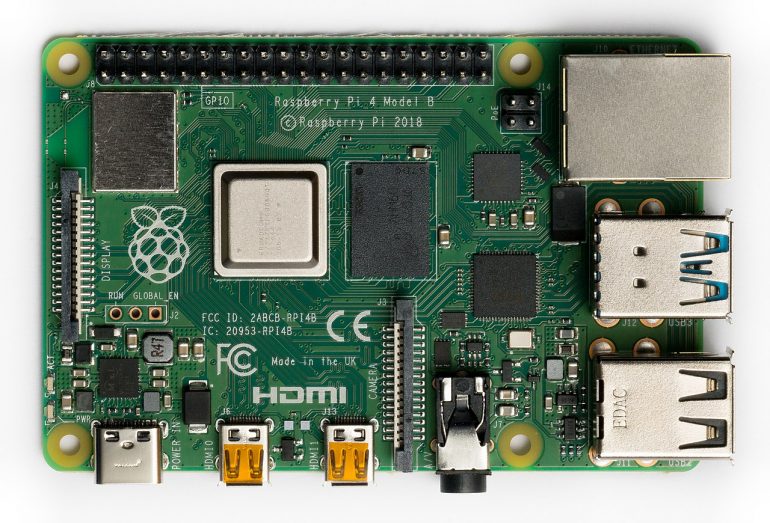 Most people could probably just purchase a $50 4K FireStick and call it a day.  But personally I like the ability to customize everything to my heart’s content.  With taxes, shipping, a power supply, and a few extra bits and bobs, the total cost of our media-player Pi came to $64.26.

Here is the completed device, serving up videos to our tv:

Obviously I’m not happy about needing to spend extra money.  I would have rather used the old laptop, but technology doesn’t last forever.  Sometimes you just have to move-on.  Just like the horse and buggy that eventually gave way to the car, eventually technology moves on.

Fast forward a couple of weeks after the first laptop disaster, and now my new-ish Gigabyte Aero 15x laptop starts crashing.  The first couple of crashes, I just chalked things up to it being a “Windows” problem.  But the crashes started to become more and more frequent.  Uh oh!  I was starting to suspect something was actually wrong.

At first the crashes were days apart, but eventually that turned into hours, and then minutes of up-time.  Something was obviously going bad… but this was a relatively new PC.  I cracked open the laptop to take a look: 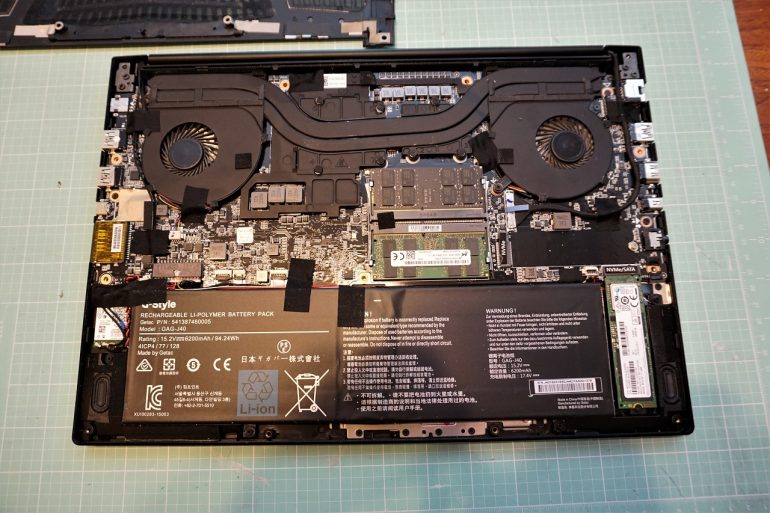 On the surface, everything look fine.  Turns out, the SSD drive must have failed… and this machine is only a few years old.  It’s one of those fancy new NVMe SSD drives. 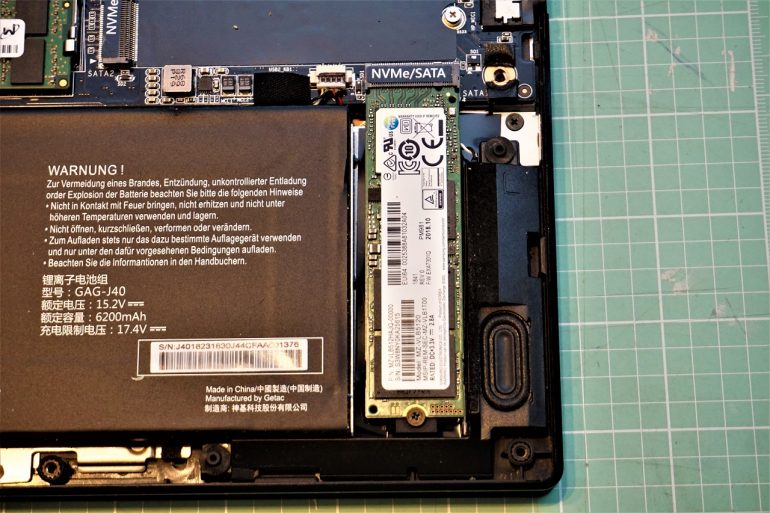 So much for the fabled reliability of “new technology”.  Unfortunately the laptop is just out of warranty by a few months, so I can’t just send it back to the manufacturer.  After much googling and diagnosing, I decided to try and order a new SSD drive from Amazon – A 1tb Samsung 970 Evo Plus, which retails for $180.

This new drive hasn’t shown up yet, but it should arrive in a few days.  With luck, the new drive will fix my problems, but I don’t have a lot of hope.  It’s been a very discouraging couple of days.

As a consolation prize, it’s nice that SSD drives are getting pretty cheap, but I’m still upset about something this new failing so quickly.

Obviously it’s been a rough couple of weeks for my sanity AND my pocketbook.  Most of my thoughts have been consumed by these issues, and it’s tough NOT to think about them.  I’m out hundreds of dollars in just a couple of weeks on silly technology that shouldn’t be failing.

That said, the experience has been a good reminder of some very important life lessons…

The biggest of which is that sometimes things just fail, and there’s nothing we can really do about it.  Thing break — Laptops, human bodies, appliances, cars, and so forth.  It’s like a law of nature, and sometimes life gives you a whole bunch of these lemons all at once.  You just have to work through it.

How am I working through it?

* Backups  — Obviously with two laptop failures over the past two weeks, I’m still able to write this post.  That’s because I believe in the importance of having backups.  Not just backing up data, but having backup hardware in the event of something going wrong… which it did.  Twice.  Thankfully backup hardware doesn’t have to be expensive.  The computer I’m using right now (which I built for my son) cost about $300.

* Exercise lots and stay healthy – Obviously staying healthy and fit goes a long ways toward fending off all kinds of disease, but there’s other benefits.  You also feel a heck of a lot better mentally when you’re healthy, and that sure as heck helps when tackling difficult life issues.

Now obviously this is a personal finance blog with a focus on building wealth.  Worrying about money is something I normally do.  Except I’m trying not to stress about it now.  Why?  Technology is a HUGE part of life these days.  You can’t escape it.  If I want to take part in the modern world, I have to pay-up.

The same goes for Grandpa Tako.  If it turns out he has cancer, we’ll do our best to get him healthy again.  If he needs help with the medical bills, we’ll help out.  It might not be cheap, but I’d absolutely hate myself if he died because I was too cheap to help out with a few bills.

Sometimes you just have to “pay to stay in the game”.

What about you?  Have you ever had a string of bad luck where all kinds of rotten stuff happens all at once? 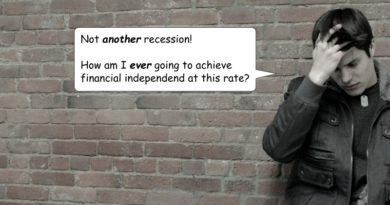 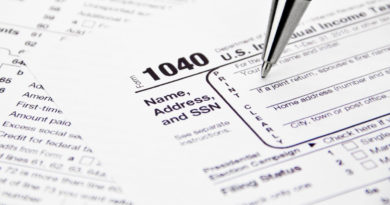