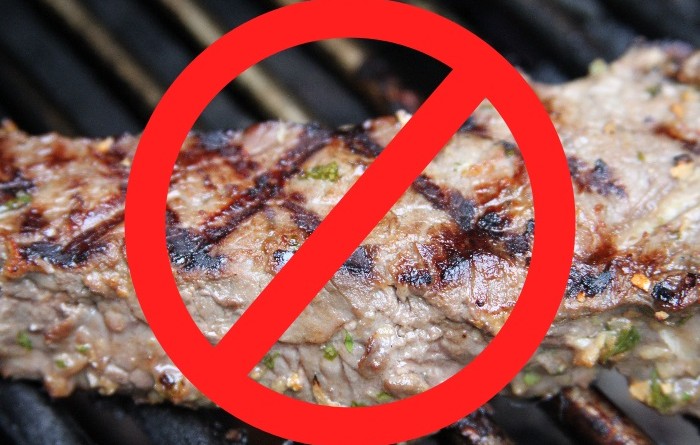 I’ve got some bad news for you.  Eating beef makes you poor, sick, and damages the environment.  That ‘macho’ beef eating culture is also damaging your chances at financial independence. The crazy part is, you probably already knew this.  Did you do anything about it?

If you are anything like me, you grew up eating beef.  This cultural heritage was passed down from my parents, where beef consumption was considered normal. A nice steak was synonymous with a nice dinner.

Think you don’t eat much beef?  Think again, it’s everywhere!  Maybe you enjoy a nice pastrami sandwich or pepperoni pizza from time to time?  It’s still beef, and it’s part of a collective ‘western’ cultural heritage that eschews the eating of vegetable matter for the raw manliness of beef.

The United States is one of the worlds largest consumers of meat per capita, and individuals eat more than 70lbs of red meat per year.  Clearly, residents of the United States are eating significant portions of beef in their diet.

Some of the latest fad diets (Atkins, Paleo) even promote the eating of meat as some kind of wonder-product for weight loss.  Although U.S. meat consumption has declined slightly in recent years, the U.S. share of the proverbial cow is by no means ‘small’.  The U.S. isn’t alone either, any wealthy (western) country has similar carnivore-like statistics.

The wealthy-world is eating a lot of meat.  I have to ask: is it really necessary?

Given the excessive waist-lines of Americans today, I think that’s money wasted.  Look at it like this:  Your life energy (time) is traded into money.  That money is traded into food in the form of high-cost, high-calorie meat.  That meat is then converted to human fat, because all those calories are excessive.  Why not eat some $0.99/lb broccoli instead?  The cost is far lower, and the calorie count per pound is also lower.  It’s a win-win situation!

If you’ve walked into a grocery store recently, you may have noticed how insanely high beef prices are. Around $7-10 dollars per pound in my area for standard ‘USDA Choice’ cuts.

By comparison, most fruit and vegetables sell at around $2/lb. Chicken can be had in various forms for around $2/lb. I find that to be pretty affordable.  Chicken has a good number of calories per dollar, is fairly healthy, and on par with the cost of vegetable matter. Various cuts of pork can also be had for $1.99/lb (Those spare ribs from last week are a good example).

No matter how you slice it, beef is just insanely expensive.

As I mentioned in last week’s post, a typical meal for our family contains some kind of protein.  Beef wasn’t on that list, and it was no accident. We closely track the price per pound of our food, and any food over $4/lb we avoid purchasing.  That means beef is frequently not on our shopping list.

Occasionally we do purchase ground beef (I like a grilled burger in the summer), but it’s rather rare.

In addition to the monetary reasons, eating significant amounts of beef has health consequences too – In 2015, the World Health Organization released a report about the effects of eating red meat.  They looked at over 800 different studies on cancer related to red meat (and processed meats). The group concluded: Red meat is probably carcinogenic and processed meat is carcinogenic.

This kind of data isn’t new either – Another recent study published in 2012 linked red meat to cardiovascular disease.  Yikes!

While I’m no doctor, and I haven’t read all 800+ studies to validate the science involved, the odds seem pretty high that red meat isn’t terribly good for us.  Hmm…

Why Is Beef So Expensive?

If vegetables, chicken and pork can be produced in mass quantities at affordable prices, what’s going on with beef? Is supply and demand out of wack? Are cattle producers making huge profits? I’m no cattle farmer, but my research indicates the problem comes down to the animal itself.  Production costs are significantly higher for cows.  Cows need more food, water, and land to produce a pound of meat.  It’s the nature of the roast beast.

According to some sources, beef production requires “one order of magnitude more resources than alternative livestock categories“.  Most studies agree – cows are less efficient at converting grass/feed into protein for humans consumption, when compared to other livestock.  This is (of course) using current production methods.  A lot of scientists think this needs to change.  Without the use of antibiotics, hormones and feedlots, could beef production efficiency decline even further?  Seems logical, doesn’t it?

Cows fart a lot of methane.  There’s no way around it – there is a significant environmental impact in the production of cattle.  Cows take more land, more water, more energy, and more nitrogen fertilizer to produce 1 pound of animal protein.  This production system has the environmental effect of generating more methane and CO2 than other forms of livestock.

Can we avoid these problems by buying only cage free, free range, grass fed, low methane producing organic beef?  Maybe, but based on my own shopping experience, you are effectively doubling the cost of your cow-protein.  In other words, by NOT choosing the more efficient animal you are required to spend a significantly larger amount of your personal resources to overcome some of those environmental effects.

So, is Mr. Tako this non-meat eating superman that only eats broccoli and tofu, and then leaps tall buildings in a single bound? Sadly, I am not.

I grew up eating lots of red meat and I crave those flavors, the same as many other people. We try to have vegetarian nights, and I wish I could be completely vegetarian, but I don’t think that’s going to happen – I would miss too many of my favorite foods.

That said, we’ve been able to significantly reduce our beef consumption, down to just a few special occasions a year. On holidays, (like Christmas and Thanksgiving) our family has been known to buy a large luxurious side of beef, and prepare it for the holiday meal.  It’s a very guilty pleasure…

Go With The More Efficient Animal

Gaining financial independence is all about putting in place more efficient systems to free-up cash for investing. Why not optimize your eating habits and finances by deciding to eat the more efficient animal?  They even taste pretty good!  But it does require dietary changes, and putting that western-cowboy-meat-eating-culture out to pasture.

I say culture is what we make of it.  Make the change that will positively impact your pocket book, your health, and the environment.  It’s definitely a choice we made for our family: Beef eating will be rare.  We consume mostly chicken, egg, and pork animal proteins.  We’re even trying to eat vegetarian some days.

Mrs. Tako grew up in a culture that eats very little beef, so the changes were a easy sell.  She doesn’t mind the occasional vegetarian night either.  By the time the Tako children were born, we already had put our dietary changes in place.  Our boys will grow up with a completely different food culture than I did.

We decided to choose the more efficient animal, and pass that onto our children.  How about you? 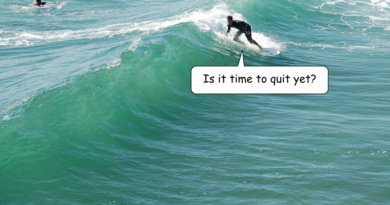 When Is The Best Time To Quit Working? 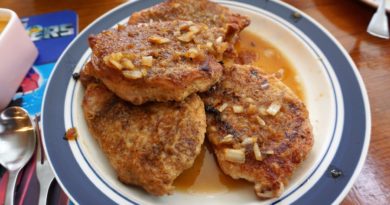 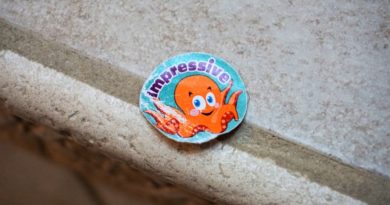 7 thoughts on “Beef…It’s Not For Dinner”