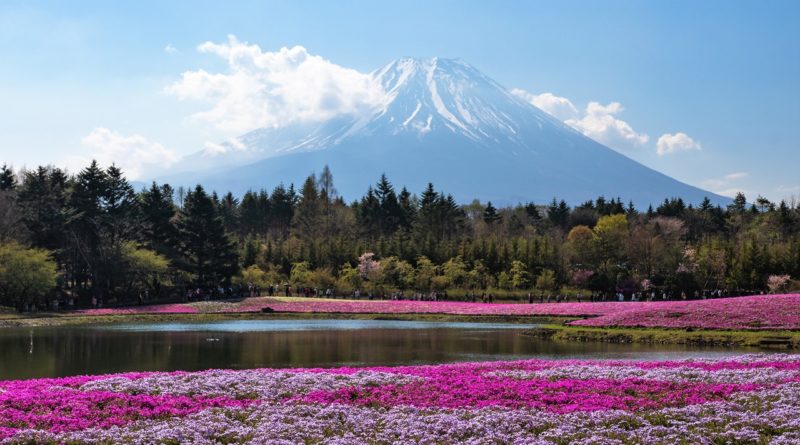 Everybody wants to be rich.  OK, maybe not everybody… but most people!  The process of actually becoming rich however, is another story.  It’s not easy.

I used to believe that anybody could achieve Financial Independence before a traditional retirement age.  If only they applied themselves.  Once reaching the fabled financial status, they could retire early, travel the world, get in shape, or donate their time to worthy causes.  I believed all of this could happen for anybody, just so long as they got exposure to the right information.

Maybe it was naive of me, but I thought anyone could do it.  Now, I’m not so certain.

Lately, I’ve had a change of heart.  Maybe it’s because I’ve been blogging about the subject for the past four years.  Or, perhaps it’s because we’ve been traveling lately, looking at lots of different towns and cities in our quest to find a long-term retirement home.

The more I see how the rest of the country lives, the more I have serious doubts about whether a significant percentage of the population can achieve FI before a traditional retirement age.

For one, I think Americans are “showy”.  Too showy.  They love to drive luxury-branded cars with high-horsepower engines and giant trucks that never seem to haul anything more than one person and a Starbucks cup.

Americans love to live in giant McMansions too.  I used to think we had a big house… then I started shopping around looking at homes in different small cities and suburbs around the country.  Holy cow!  Three thousand to four thousand square feet would not be considered abnormal in many suburban neighborhoods.

(Note: If the home was built in the last 10 years.  This McMansion trend didn’t really start until recent decades.)

Do I even need to describe the interiors of these homes?  Marble or granite slab counter-tops, real hardwood floors, and fancy porcelain tiled bathrooms are all considered “normal” these days!  Yep, Americans love their giant fancy houses!  Even if those same homes are making us poor.

Think I’m making this up?  I recently posed a question to my twitter feed, asking what kind of home people might prefer…

Overwhelmingly the people that took this survey are willing to live like rats practically on top of one another, in order to have a shiny new home — Knowing that in a decade (or so) that same new home won’t be new anymore.  The appliances won’t be in style, the carpets will be worn, repairs will be needed, and so forth.

Soon enough that new home will be old and busted.  It can be fixed and replaced of course, but the lot size will forever stay the same.

It’s these attitudes around what it means to live well that I believe is one of the major hangups keeping a large portion of the population from achieving financial independence.  They’re too focused on achieving their version of the “perfect life”.  Nice shiny new cars, perfect lawns, a nice house, new clothes, stainless steel appliances, the latest iPhone, etc.

Frankly, I believe chasing that vision of perfection is a fools game.  It’s an endless treadmill of spending, sold to us by marketers, salesmen, television, movies, and even our own friends.

And Americans are buying into it.  Quite literally.  Over 25% of Americans have absolutely no retirement savings.

Is It Just A Lack Of Information?

One counter argument I hear (and I even used to believe) is that financial education is a limiting factor.  Schools in the United States don’t really teach personal finance, and kids can graduate into the workplace without knowing a single thing about retirement plans, stocks, bonds, or other assets.

While this still might be true to a certain extent, there now is a unending stream of personal finance information available for free on the internet.  Nearly every single day I see stories about financial independence and early retirees written-up on major news sites.  Yahoo Finance, Marketwatch, Business Insider… heck even Mr. Tako Escapes was mentioned in a recent Forbes article.

There’s gobs of information out there!  Books, news articles, podcasts, and more personal finance blogs than I could possible count! Frankly, I don’t think there’s a lack of information OR exposure anymore.  You’d have to completely ignore mainstream financial news to NOT hear about financial independence.

In my humble opinion, there is no longer a lack of information.  Information is everywhere!  We live in a society on information overload!  You just have to have the slightest bit of financial curiosity (like reading one of those news websites I mentioned), to gain some basic exposure to financial independence ideas.

After that, it’s up to your own motivation and willpower to keep learning.

A Matter Of Buy-In

The average person has probably already read one of those introductory articles to financial independence.  The idea of retiring early sounds cool, so they click the headline and start reading…

“How can I do that?” they ask.  Then, they get to the bit about having to save 50% of your income for more than a decade — That’s about when the financial independence gears grind to a halt.

You see, most Americans have already bought into a superbly posh first-world lifestyle.  Either they grew up that way, or they bought into that luxury lifestyle-train early in their career.  There’s no-way-in-hell they’d be willing to give up their good life now, after years of living that way.

(This is commitment and consistency bias, as written about in a very good book called Influence: The Psychology Of Persuasion).

At this point our hypothetical financial super-star turns into a real-world financial independence critic:

I’ve heard most of the criticisms after four years of blogging.  And you know what?  They’re just excuses to hide behind!  Nobody wants admit they’ve been stupid and spent money foolishly!  So they criticize and try to justify an overly-spendy lifestyle instead.

Once those individuals turn into FI-critics, they obviously won’t be motivated to dig deeper and learn how Financial Independence actually works.  If they did, they’d know FI isn’t about deprivation.  Far from it in fact!

And blogging income?  Oh please!  Most bloggers (like myself) don’t make more than pocket change from their blogs.

So to circle-back to the original question posed by this post — Can A Personal Finance Blog Teach You To Be Rich?  Well, maybe.

If you’re the right kind of person.

Blogs can drop great tips and ideas that can stuff extra dollars in your bank account.  They can also help keep people motivated… but lately I’ve started to think that the people reading financial independence blogs already have the soul of a millionaire.  You either have it, or you don’t.

Sure, there could be a few rare-ducks that are in the process of making complete financial 180’s in their life, but that’s going to be super-rare because of the psychological biases involved.  (Most Americans will be stuck with the big-truck-big-fancy-house commitment bias until they’re much closer to traditional retirement age.)

The kind of person that does achieve FI is also going to need a serious dose of individualism, and self-motivation to learn about personal finance.  All without giving a damn about what other people think…

These factors combined mean the number of folks actually achieving Financial Independence is going to be extremely limited.  You’re going to be breathing pretty rarified air at the top folks.

The good news is, if your reading this blog and gotten this far, you’re probably already well on The Road To FI.  If you’re not a millionaire already, you probably soon will be.  Congrats!

It might be lonely at the top of this mountain, but the air is fresh, and the views are great.  There’s also a few friendly folks here too.  Hope to see you soon! 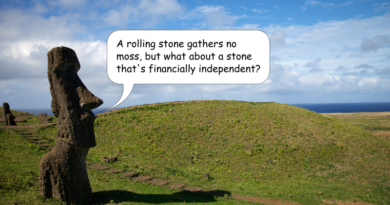 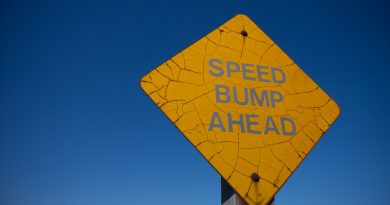 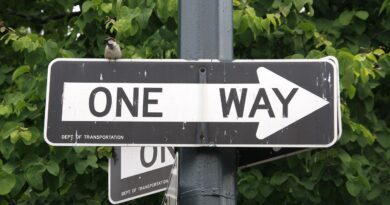 There’s No Going Back…

28 thoughts on “Can A Personal Finance Blog Teach You To Be Rich?”