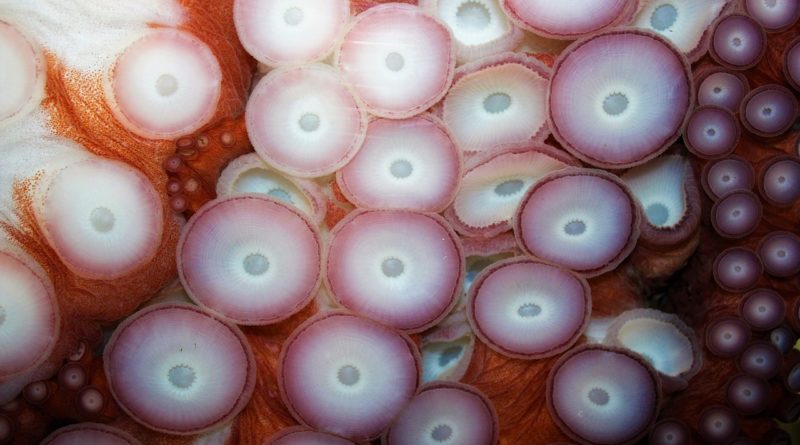 To understand how our February went down, you first have to understand that we were “snowed-in” for a significant portion of the month.  The local news called it “Snowmageddon”, but my kids called it “fun”.

The kids were out of school for three weeks in February (because of all the snow days), and then the schools had winter break — which meant for most of the month I was playing the role of “stay-at-home-dad” and “chief entertainment officer”.

This meant a lot of my month was spent entertaining kids, and a lot less time writing blog posts, studying the stock markets, and reading about investments.

Thankfully the dividend checks keep coming even when the snow falls…

Dividend income in February added-up to a rather unexciting $627.  February tends to be our slowest month for dividends, so this rather diminutive amount is nothing to get excited about.  March will be a much larger dividend month, for which I eagerly await.

While some people attempt to smooth dividend income month-to-month by investing in stocks that pay-out monthly or by using “extreme diversification”, I simply choose to let the dividends remain really lumpy.

(Yes, this does mean we carry a slightly larger cash pile to cover low-payout months like February… but having a little extra cash on-hand isn’t a problem right now.) 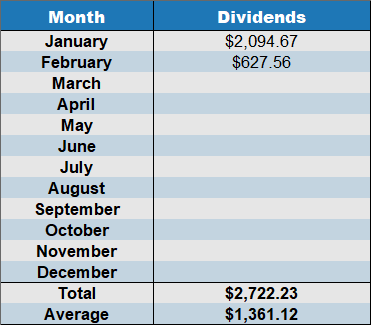 Expenses in February amounted to $4,412.  This was another below average month for us.  I blame this extra-low monthly spending on the snow.

Several winter storms hit (one right after another), and we were completely snowed-in.  With snow being so rare in our area, infrastructure for snow removal is quite scarce.  That meant no driving, and no shopping.  We were simply stuck at home until the snow melted.

So how much snow did we get?  Well here’s a picture of one night’s worth on top of the recycle bin. 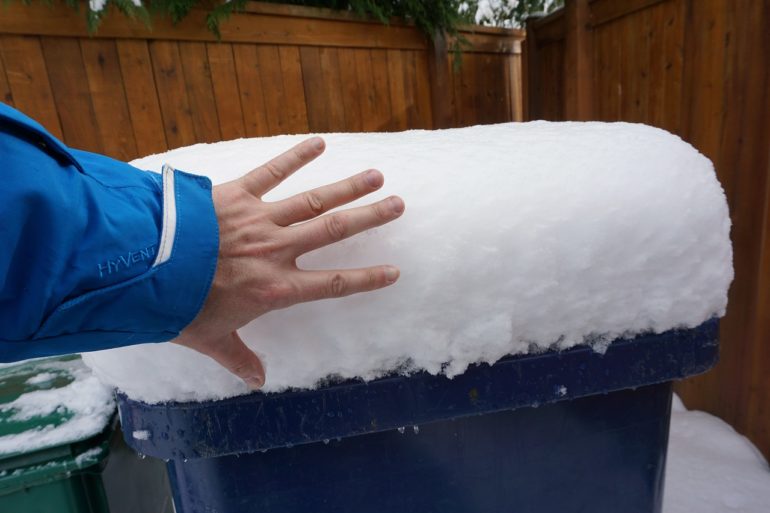 That’s about 5-6 inches worth in a single night.  We got at least 3 big “dumps” of snow like that, along with several smaller snowfalls. With no snowplows coming, our neighborhood started to look like a ski hill. 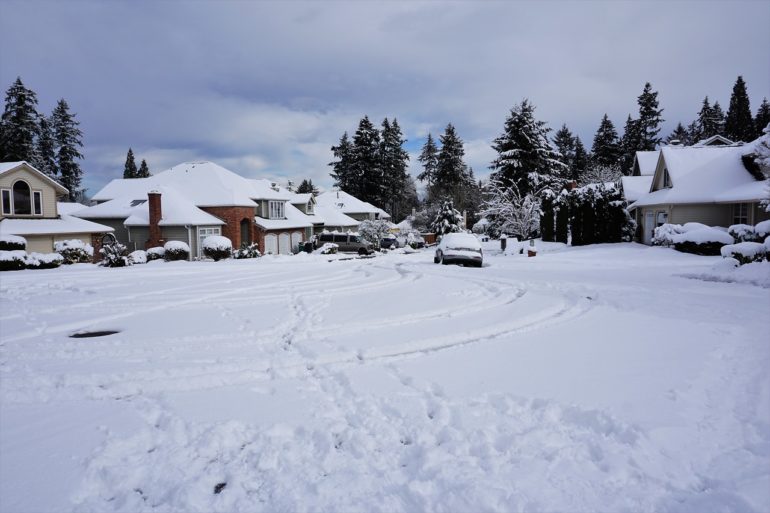 This “bounty” of snowfall could be seen as a hardship for people used to going out for dinner, or shopping at the mall… but for us it was no big deal.  We simply took the kids sledding and enjoyed all the free entertainment. 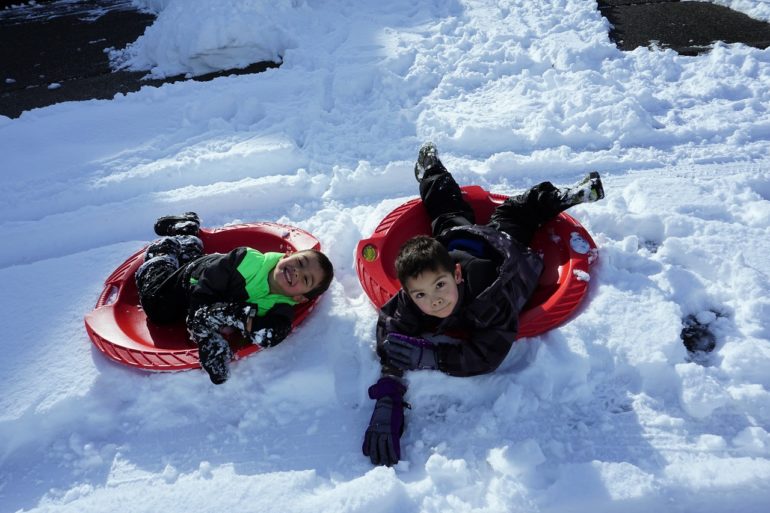 The result — One of our cheapest months in a long time!  Here’s the detailed breakdown of our spending by category: 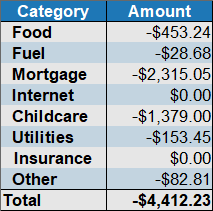 Food spending was $453 in February, which was slightly lower than our $500/month average.  We were snowed-in, so we probably went grocery shopping a little less often and ate from the pantry instead.

What did our family eat for a mere $453?  Rice and beans?  Cat food?  Well, I think we actually eat really well!

Let me provide some food-porn as visual evidence…

First, is my homemade chili con carne topped with mozzarella cheese.  This was great meal on cold February nights when we needed something spicy to keep us warm! 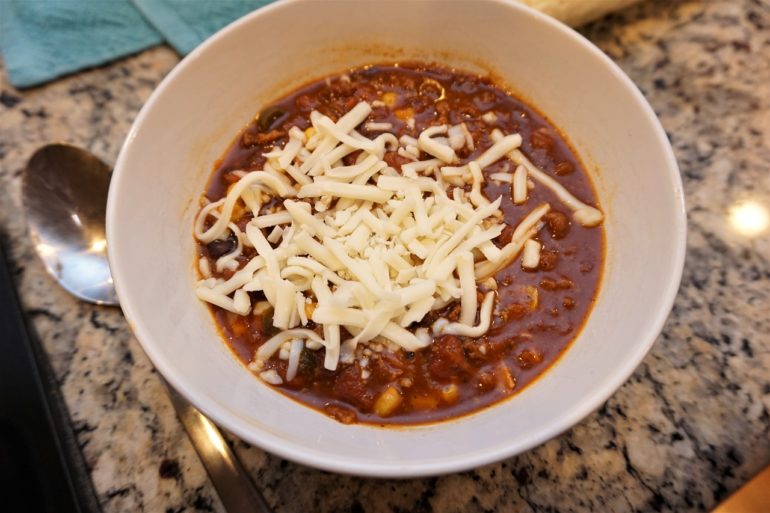 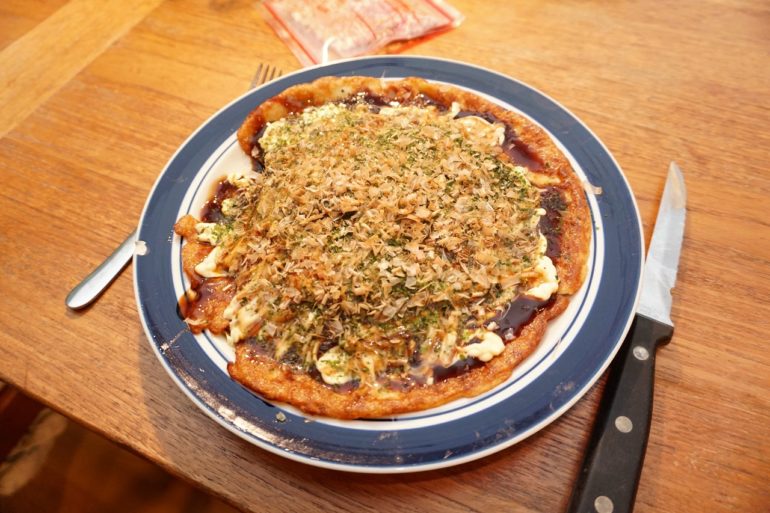 I also took the opportunity to try out a couple Thai dishes in February.  The first was Rad Na with chicken and broccoli.  I need to work on my presentation a little, but the flavor was very good. 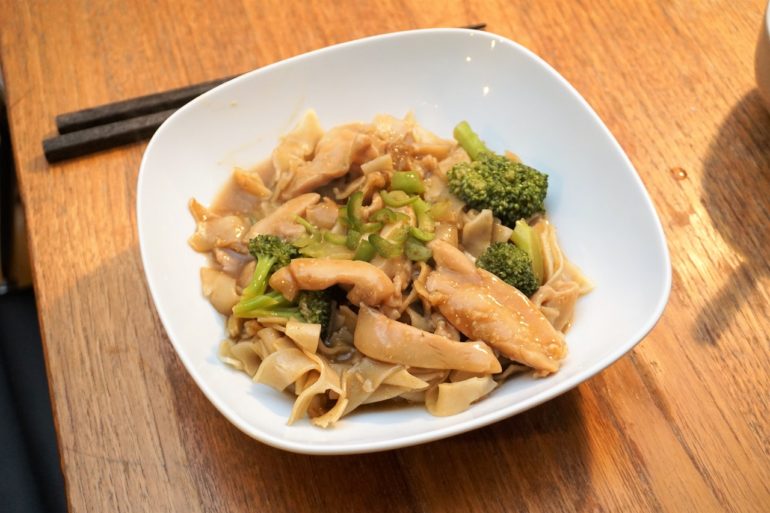 As a followup, I made a Thai Green Curry with cauliflower and spinach.  Yes, cauliflower!  Despite it being a non-traditional ingredient, it actually worked really well with green curry. 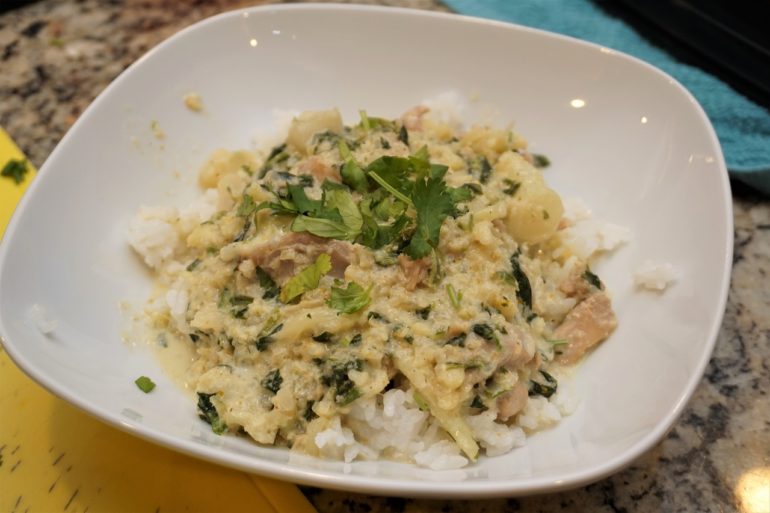 As you might expect, not every night is going to be a fantastic new dish — some nights when I’m feeling tired we just do “easy mode”.  One night, I whipped up a simple green salad and some gyoza.

Sadly, the gyoza wasn’t homemade (this time).  They were the frozen variety.  Frozen gyoza is about as “instant” as we get in the Tako household.  It still requires frying, but it made a easy compliment to the salad. 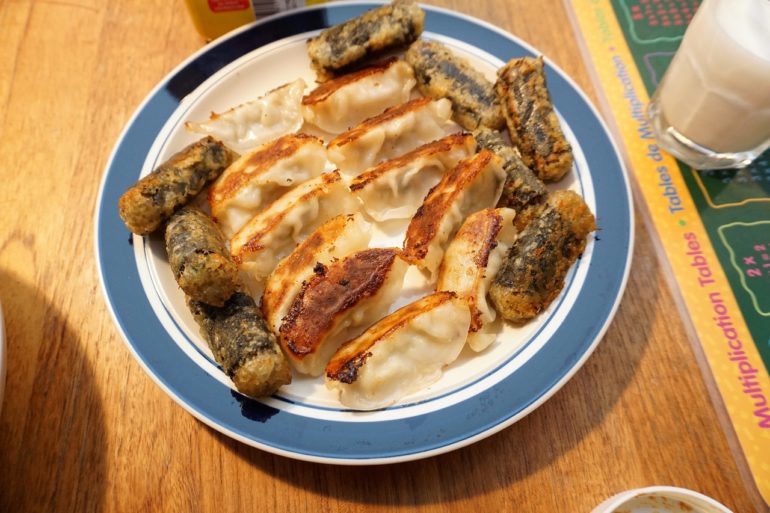 On Valentines day I try to make a special meal for Mrs. Tako, and this year was no exception — Dungeness Crab and a green salad loaded with plenty of avocado. 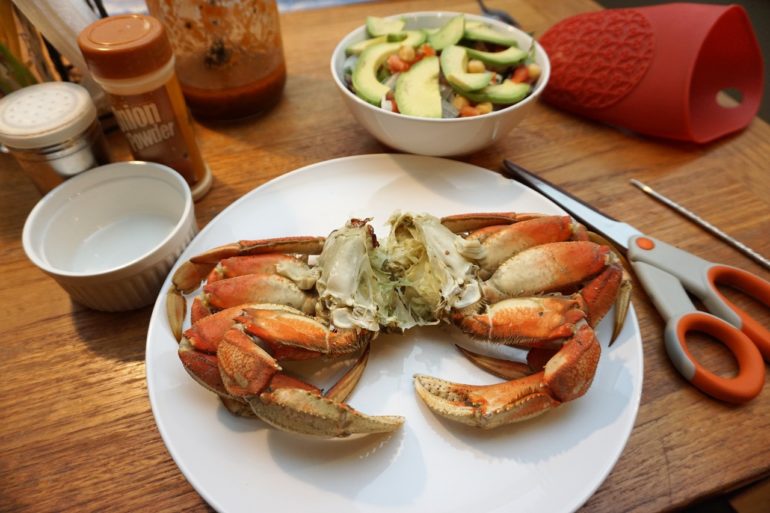 Speaking of favorites — one of my favorite ‘easy dishes’ to make is Kimchi fried rice.  I literally just grab whatever’s fresh in the fridge and stir-fry it up in the wok.  It always turns out amazing!  In this case it was broccoli, bacon, egg, onion, green onion, carrot, and (of course) kimchi. 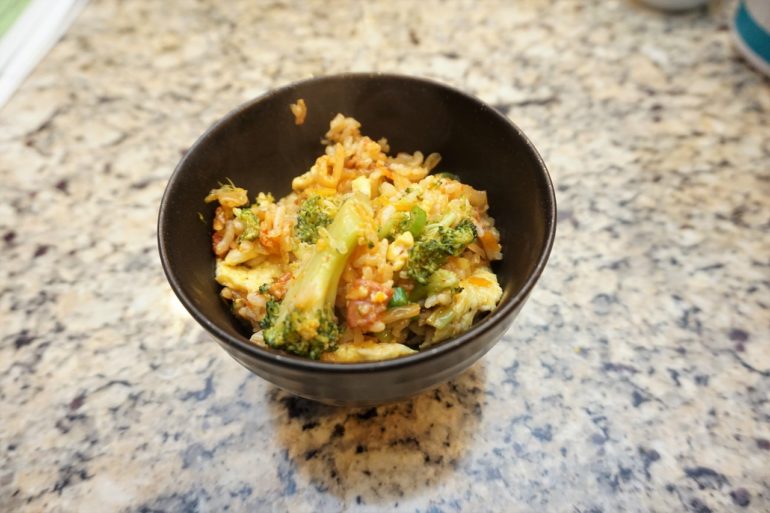 Oh… and we can’t forget the tacos!! (There’s always tacos!)  I made my shredded chicken tacos (recipe is here).  The hot sauce was homemade too!  Yum! 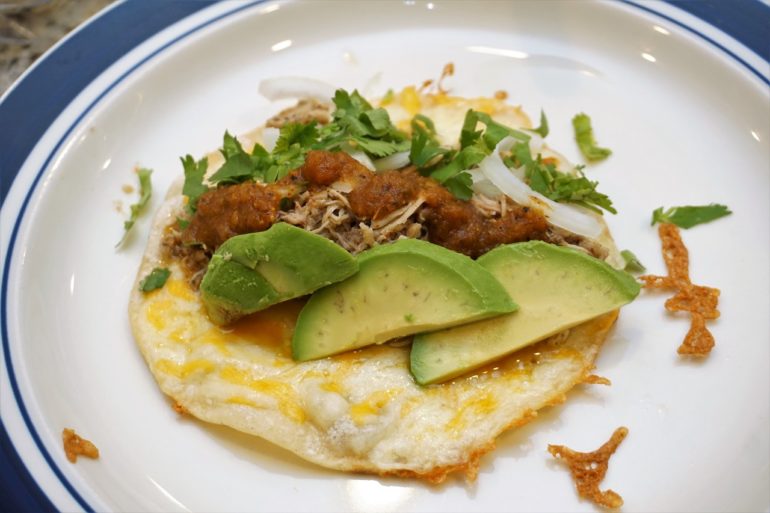 Clearly we *suffered* by eating so cheaply.  Next month I’ll do my best to spend a little more and bring you some higher-quality food photos.

In February, we spent $28 on fuel.  This is abnormally low, and a reflection of how little driving we could do with all the snow.  That’s literally one fill-up at the gas station.

Instead of driving, we entertained ourselves at home.  The kids might have gotten a little spoiled by all the cool science kits and outside activities I occupied them with.

As usual, monthly mortgage and childcare expenses were our two largest expenses in February.  Combined, these two items totaled $3694.05.

Unlike many families however, these expenses are entirely optional for us.  Using spare cash I could easily pay-off the mortgage.  If I wanted to, I could take our youngest son (Tako Jr. #2) out of daycare and trim that cost too.

It should come as no surprise that our internet bill was $0 again in February.  We pre-paid our internet expenses to meet a credit card sign-up reward waaay back in May of 2018.  I expect we’ll finally see a new cable internet bill in March.

Our internet service is 60Mbps down and 5 Mbps up cable internet.  That’s plenty fast for our needs, and it normally costs $49.95/month.

Utility bills in February totaled $153.  This amount is our power bill which covers both electricity and natural gas.  All of our other utilities are billed bi-monthly and we should see a bill for those again in March.

With all of this cold winter weather, you might expect to see a higher utility bill… and you’re certainly right.  That larger utility usage should show up on next month’s bill.

Monthly insurance bills totaled $0 in February.  Whenever possible, we try to pay our insurance premiums for the entire year all in one go.  Our car insurance (for example) is paid once per year.  This is always a large expense, but most insurance companies give-out a discount for paying it all upfront — so it’s actually cheaper this way.

Despite February being a “snow” month, I still managed to get one home project done — I DIYed the changing-out of a sink faucet in our downstairs bathroom.  The cost for a replacement was $86, which included the faucet and a few fittings.

Home Depot had this particular faucet on-sale, and with me being a “not picky” plumber, cheap is good.  I just went with that.  For being a cheap faucet, I think it looks pretty good! 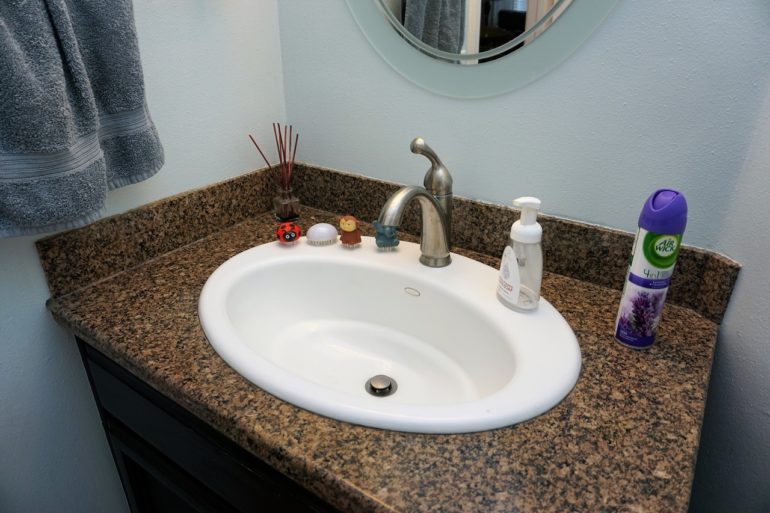 For the year so far, we’ve spent $9,120.  Outside of our mortgage and childcare, this means we’ve only spent $2085 in 2019.  That feels fairly frugal to me, but opinions on the internet tend to vary wildly on this particular topic.

It is personal finance after all, so I just try to do my best to keep our expenses low. 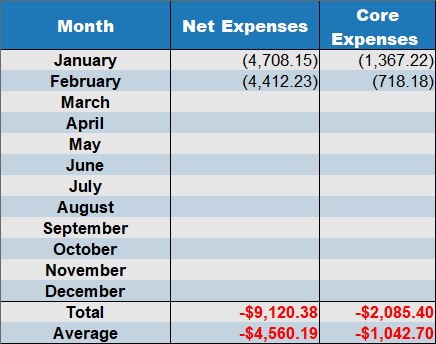 Admittedly, I did very little on the investing front in February.  I basically ignored all my investments in February.

Instead, I was having too good a time hanging out with my boys.  They really are the best reason for financial independence!

Now that the snow has melted (and school has restarted), I’m starting to get back to my regular groove and thinking about investing again.

Clearly I need to stop goofing around and make it happen!  Wish me luck! 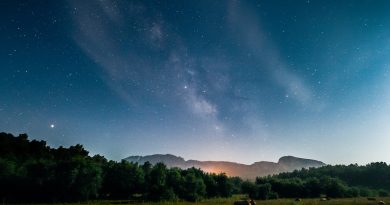 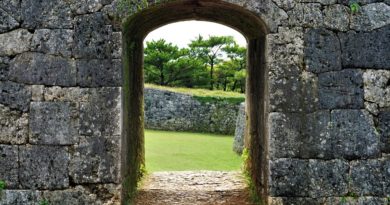 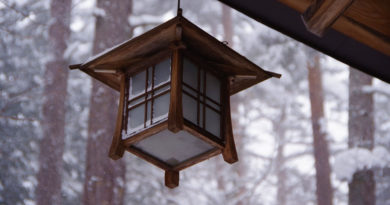 Building A Dividend Snowball To Fund Your Early Retirement