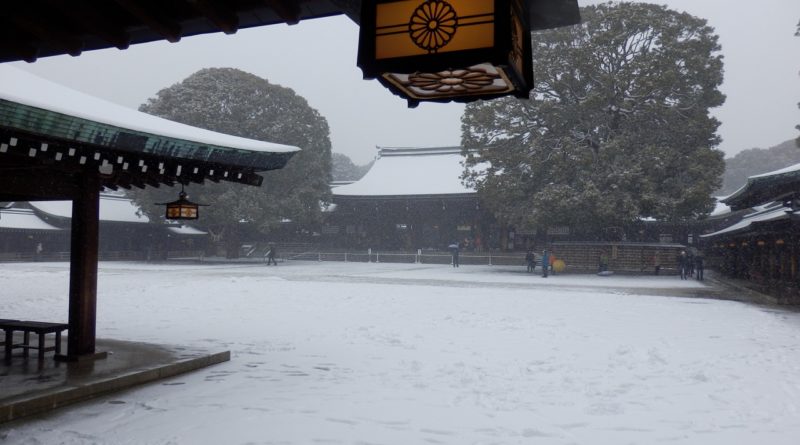 Why did stocks slump?  Most likely it’s due to the Coronavirus pandemic.  People are freaking out.

We live right next door to the hot-bed of the virus infection in the USA too — Kirkland, Washington.  In fact, the same hospital where all 10 deaths in Washington have been reported is our nearest hospital.  We live very close to where all this is going down.

It’s a bit worrisome to say the least… and now school days are starting to get canceled around King County.  Yep, things are getting a bit….odd…. around the Seattle area right now.

About the only area of our life that hasn’t seen a big impact is our family life!

We’re doing the best we can to spend time with the kids and not lie to them about the reality of this virus.  We’re also not trying to freak them out either.  It’s a balance between telling the honest truth and hiding the scariest parts about what could happen.

When we can, we’re still trying to get them outside, and doing plenty of learning with the boys…

As the panic sets in, I imagine we’re going to be spending more and more time at home.  Tako Jr. #1 has already had school canceled twice this week!  It’s a good thing we already do most of our cooking and home, and the pantry is stocked-up.

Dividends and interest income in February totaled $401.  This was not a great monthly income total, especially considering the larger monthly totals we see during the year.

February is usually one of our lowest passive income months for the entire year.  Not many stocks pay dividends in February, so the bulk of this passive income is from interest income.  (March, June, September, and December tend to be the biggest payout dividend months of the year.)

As I’ve mentioned in previous months, we don’t try to “smooth” our passive income.  We simply let our investments pay dividends on their regular schedule (usually quarterly), and then maintain a buffer to deal with the “off” months when dividend income is lower. 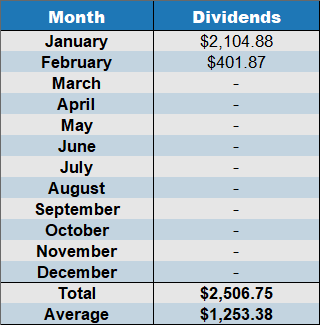 With all the talk about upcoming global recessions due to the coronavirus, I’ve gone from slightly pessimistic to outright cautious about how much passive income our investments will generate in 2020.  The gains I was predicting earlier in the year?  Those are probably unrealistic now, given circumstances.

It’s possible we’ll even see dividend cuts in the coming months, as companies try to ride out this economic funk.  At this point, I can only tighten my belt and hope for the best.

Expenses in February amounted to $4895.  This is a good level of spending  for the Tako family, and is a return to form after a very expensive couple of months near the end of 2019.

In other words, it’s great to see our spending level down below $5k again!

Here’s our February spending, by category: 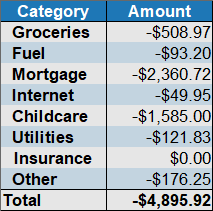 Grocery expenses in February totaled $508, and it almost perfectly in-line with our long term average of $500 per month on food.

While many families spend a lot more on food every month, we seem to maintain this average month-after-month and year-after-year.  What can I say?  We’ve got a formula — Delicious homemade meals, minimal processed food, and plenty of delicious food that we love to eat.

What can we eat on $500 a month?  Pretty much anything we want!  I didn’t take many photos in February (because I was sick with the flu) but many of our meals were simple soups and stews I could put together quickly — Like this Shoyu ramen. 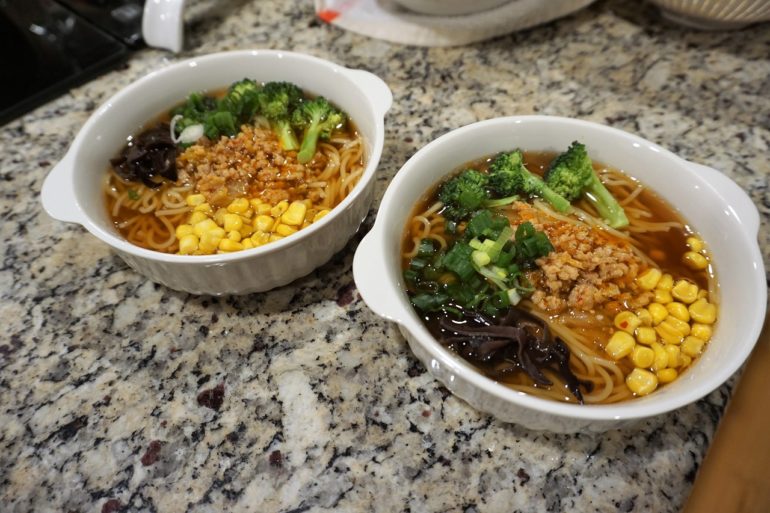 Ramen is definitely comfort food in our house, and as long as I’m not making a complicated form of it, ramen isn’t very difficult to make. 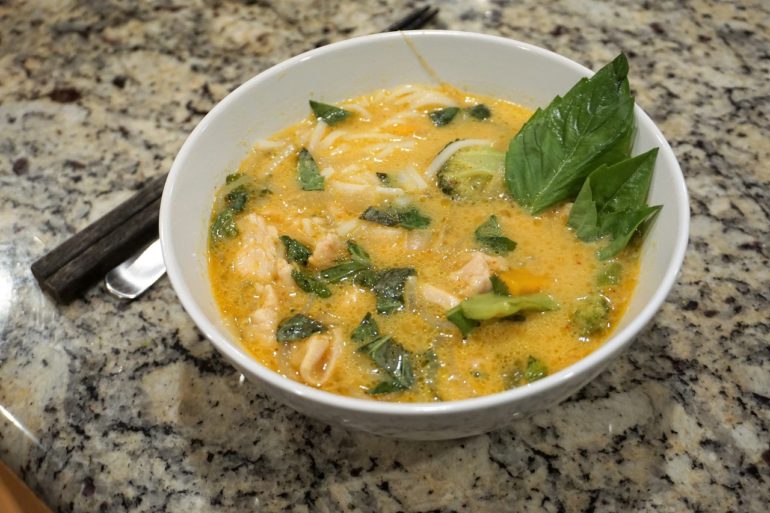 Italian wedding soup was another soup that made it to our table in February.  I actually neglected to take a photo of this wondrous soup recipe, but it looks just like this – 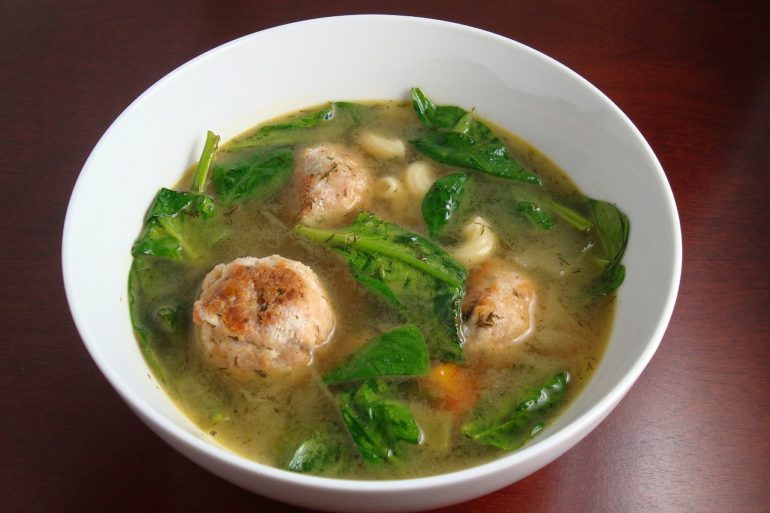 Yaki-udon made another appearance in February.  I’m really beginning to love this dish.  It’s probably one of the easiest AND most delicious izakaya-inspired dishes in my entire repertoire.  Everyone loves when I make yaki-udon in our house, but the big secret is that it only takes 5 minutes to make! 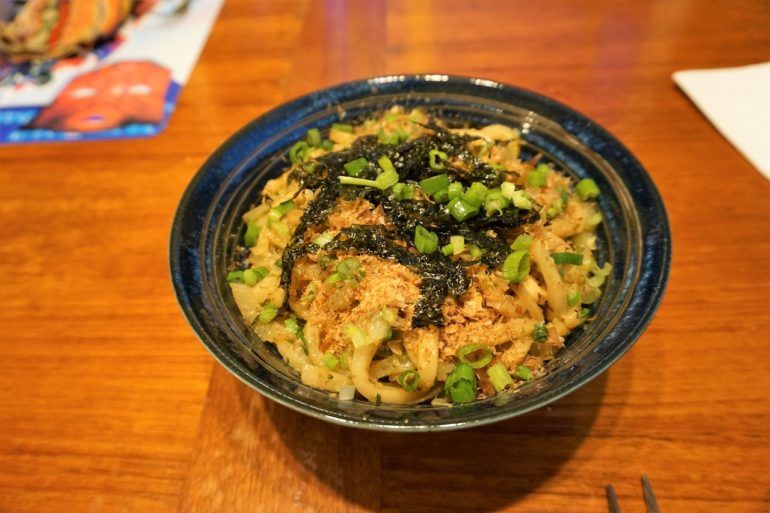 While I was feeling under the weather, Mrs. Tako also did some cooking in February — Like this delicious Keto-friendly sausage and pepperoni pizza we had one night.   Oh man it was good!  And honestly I think this Keto crust recipe is actually better than a traditional wheat pizza crust. 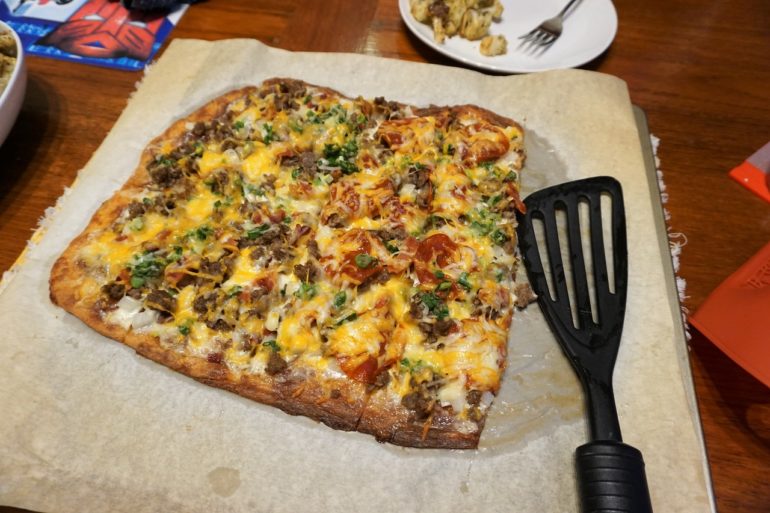 She pared the meal with garlic-parmesan roasted cauliflower, which we just love to eat… 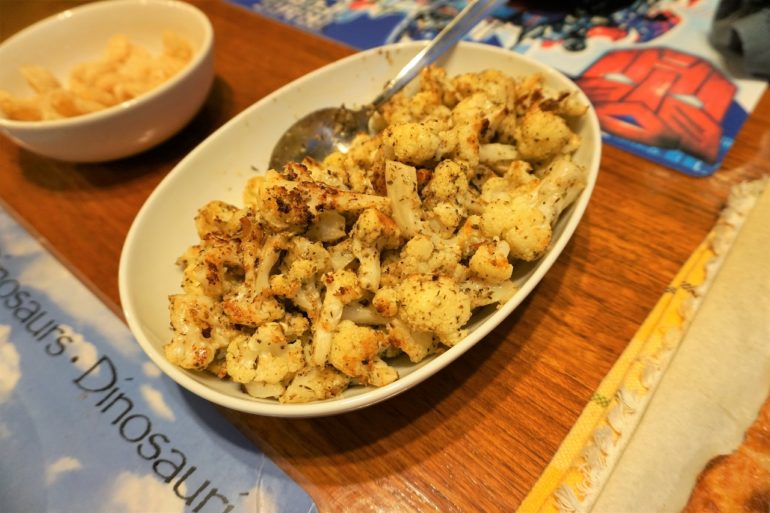 When I was started to feel a little better (towards the end of February), a good deal on tomatoes ($0.99/lb) had me itching to make a giant batch of my diy homemade salsa.  My salsa supply was running low!  Now, I’ve got plenty of salsa for a rainy day! 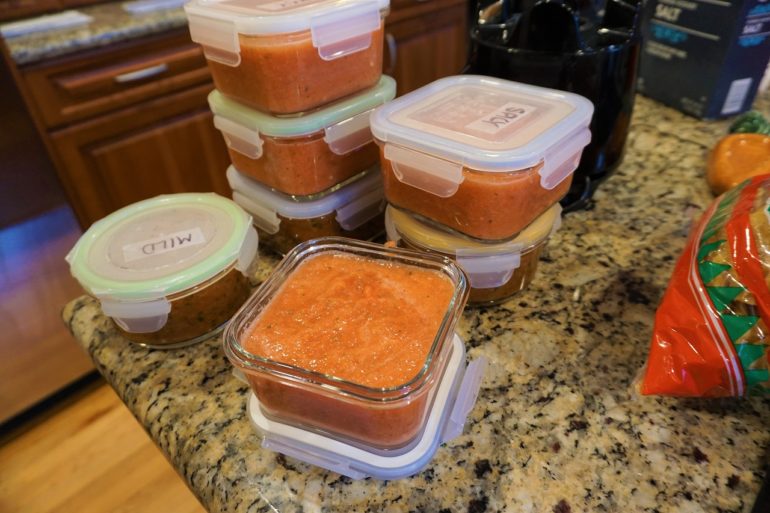 Our gasoline costs in February were $93.  Normally we spend around $120 per month on gas for both our cars, but February was lower than usual — primarily because it was winter, and we all had the flu.  (We didn’t feel like driving anywhere).

This level of fuel spending is pretty typical for the winter months — I’m filling up my car only about once a month.  (Mrs. Tako fills up her car roughly 3x a month).

We’ll definitely start driving more once the weather improves a little.  (It’s been a rough winter — I am so ready for it to be over!)

Like most months, mortgage and childcare expenses were our two largest expenses in February.  These two expenses totaled $3,945.  This is where we spent the bulk of our money.

Internet expense in February was $49.95.  This is for 75mbs ‘down’ and 6mbs ‘up’ cable internet through Comcast.

Our service has been pretty much held at the same price for two years, and I recently received a written notice informing that prices would be increasing….

Except when I actually called Comcast in February, they put me on a faster plan for less money.  Starting in March we’ll have 100mbs ‘down’ service for the cool price of $45/month.

Better internet for a lower price?  Sure, I’ll take it!

It’s a rather large bill, but when you consider this amount can be broken up over 3 months, then I guess it’s not too bad.

Insurance in February was $0.  Whenever possible, we try to pay our insurance bills for the entire year all in one go, to lower the total cost.  For example, our car insurance is paid only once per year.  The only exceptions to this are times when we add or change insurance policies like we did in November.

Spending in the ‘Other’ category was pretty minimal in February.  We didn’t go out much, and I didn’t work on many home improvement projects due to the aforementioned illness.  The only ‘Other’ items we had this month were:

And that’s it!  It was a surprisingly quiet February, with nary an Amazon package or a trip to Home Depot in-sight!

With only two months on the books in 2020 so far, it’s hard to make any conclusive predictions about how much we’ll spend for the year.  We’ve got a couple vacations planned for the summer months, but this recent COVID-19 outbreak probably means we’ll have to tighten our belts a little as we ride out the inevitable economic blips. 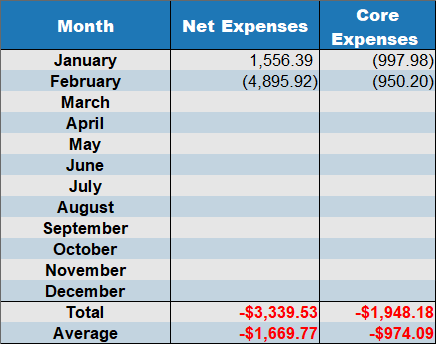 For the year so far, we’ve spent $3,339.  On the surface this seems pretty fantastic, but this is something of an illusory number.  Due to the sale of my old car in January, we had a strange month in January with more cash coming-in than going out…

This little mathematical/accounting artifact makes the numbers look unusually low right now, but it  should resolve itself as the year progresses.

I started the year thinking I wouldn’t add additional capital to our portfolio, but here I am only 3 months later announcing that I have!

Near the middle of February, I took the opportunity to pick up a couple hundred additional shares of Discover Financial after the shares fell more than 10% in January.   Unfortunately I bought a bit too soon to capture another drop that happened at the end of February.

Oh well!  I consider myself a long term holder, so these price fluctuations should be inconsequential given a long enough holding period.  Maybe I’ll pick up more in March!

During the month I also took the opportunity to write 5 different put options — in the hope of capturing some of my favorite stocks on sale.  If those options don’t end up getting executed, I’m still very happy the collect the additional income.  But, due to the impact of the coronavirus, I might actually be buying those shares in a month!  This is why I keep my option bets small, and I try to only engage in transactions where I’ll be happy with either result.

Stock prices have been falling since I initially wrote those options, so it’s very possible I may end up committing new capital to the portfolio!  Never say never I guess! 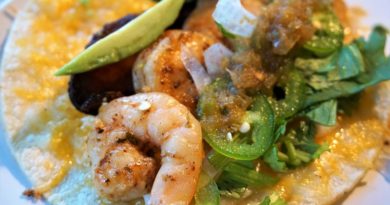 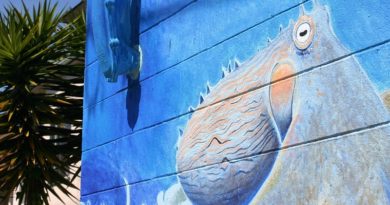