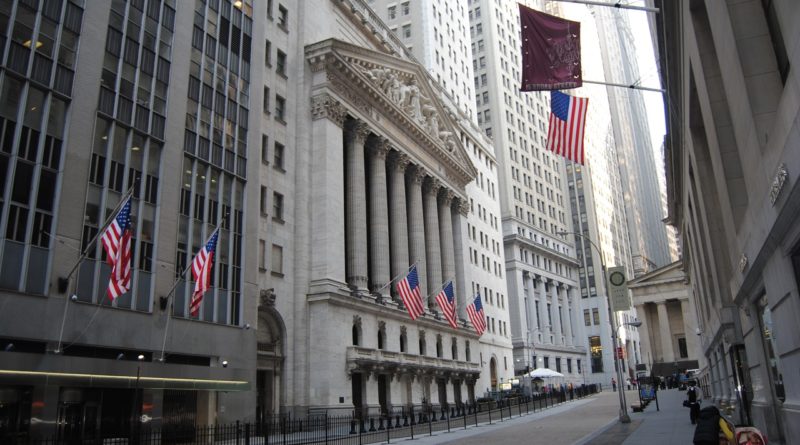 Investing your hard earned dollars into the stock market is probably the most common way to save for retirement these days, but investing takes plenty of faith (as discussed in a previous post).  Market crashes and giant bull markets happen.  Black Swan events.  Weird stuff happens all the time.  Things you wouldn’t expect, and events that defy logic.  There’s even times when investing theory and the real world just completely disagree!

What kind of “weird” stuff am I talking about?  Read-on to find out…

The first oddball on my list is around the fact that stock prices can fluctuate wildly in a given year.  By itself this doesn’t sound all that strange, but remember that stocks will commonly fluctuate plus or minus 50% in a given year.  This kind of large price movement is not unusual in the stock market.

To a private owner of a business, one or two bad quarters wouldn’t wildly effect how they might value the business.  Sure, a bad quarter isn’t idea but that private owner wouldn’t sell his company for 50% less just because of a bad year.  Yet this is exactly what Mr. Market does on a regular basis.

It happens because Mr. Market overreacts with emotion about whatever news might be affecting the company on a given day.  Businesses by their very nature are NOT emotional.  The employees get up everyday and simply head to work to do their jobs.  The machines that power the business will emotionlessly run until repairs are finally needed.  A properly run business is like a machine — about as unemotional as you can get.

Meanwhile, the stock market is a collection of people buying, selling, and prognosticating about what the future might hold.  Fear and greed run rampant on Wall Street — it’s an emotional roller coaster that wildly fluctuates around the true value of a business. (Both positive and negative)

Here’s a strange and interesting fact — The number of public companies listed on U.S. stock exchanges is around 3600 companies.  This number has declined considerably since the 1990’s.  This fact is interesting in itself, but what’s more interesting is that the number of index funds now outnumber the number of stocks.  There are now over 10,000 index funds and mutual funds traded in the United States!  Holy Cow!

What are all these mutual funds and index funds doing to earn money for their investors?  They’re investing in many of those same 3600 companies!

These facts really showcase just how Wall Street earns it’s pay — by selling investing products!  Index funds happen to be the current fad.  Wall Street is just following the money…. even if profits from index fees aren’t as large.

Reportedly Vanguard now manages over 5.1 trillion for investors.  Clearly, even with those low fees, no-one at Vanguard is starving!

Here’s a common belief about investing that’s wildly held, but might very well be wrong — The believe that bigger rewards require bigger risks.

See what I mean?  These are all HUGE companies that offer very low risk of failure.  Microsoft and Google have zero risk of disappearing tomorrow, as do Visa and Mastercard.  Disney isn’t going anywhere as a titan of the entertainment business.  And Verizon?  Nobody’s going to stop using their phones tomorrow.  These are all extremely low risk investments that still managed to earn very good returns in 2018!

This wasn’t just 2018 either — many of these low risk companies have clocked-in market beating returns for years.

Why?  Risk is not necessarily correlated with the ability to compound money.  Some of the least risky companies in the world know how to compound money incredibly well, and they do so with very little risk.

Theoretically risk and return should be correlated, but in the real world low risk seems to often provide greater rewards.  There’s even a recent study of Warren Buffet’s stock investments that discovered he actually achieved his outstanding results by actually making lower risk investments.  Weird but true!

4. You Don’t Need To Be Smart To Invest Well

Imagine that you’re able to bring together 16 of some of the smartest financial wizards on the planet to form a hedge fund.  Some of these people are so smart they’ve even won Nobel prizes!  Just an incredible amount of experience and intelligence brought together to do one thing — invest.

Now you’d expect all those smart folks together in the same room should be able to earn a decent return… right?

This is the story of Long-Term Capital Management (LTCM), a hedge fund started in 1994.  At first the returns looked great — Investors in the fund were earning around 30% per year.  Fantastic returns, right?  To do this, LTCM used a lot of leverage — reportedly leverage as high as 25 to 1.  By 1998 the firm had lost $4.6 billion dollars and needed to be bailed out in order to pay their debts.

This incredible blunder absolutely destroyed LTCM and lost investors a lot of money.  It’s a fantastic example of how even incredibly intelligent people can make dumb investing mistakes (like using too much leverage). 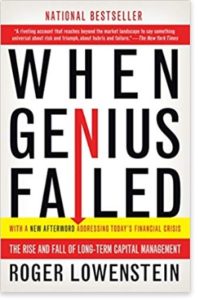 If you’re curious, this story is told in much greater detail (and better than I could ever tell it) in the incredible book When Genius Failed: The Rise And Fall Of Long-Term Capital Managment.

But wait, there’s more!  I recently learned the story has a Part 2! — Apparently, after LTCM shut down some of the principal individuals in LTCM decided to form a new hedge fund called JWM Partners.  This hedge fund used many of the same complex investing strategies as LTCM.  Only this time they planned to use less leverage and manage risk better — reportedly using only 15 to 1 leverage.

How did it work out?  Well, the firm was shut down after realizing very large losses in 2018.  Genius failed twice!

Being super smart is great, but it doesn’t necessarily make you a better investor.  Maybe investors should simply focus on avoiding dumb mistakes.

Size usually means strength. Dominance, and lasting power.  That’s what our lizard-brains are wired to believe anyway.  It used to be that investing in public companies worked this way too — you’d pick the largest and most dominant firm and then hold it for as long as possible.  These firms had wide economic moats that kept smaller companies from attacking their business.  These companies lasted for decades, and most investors did extremely well investing this way. 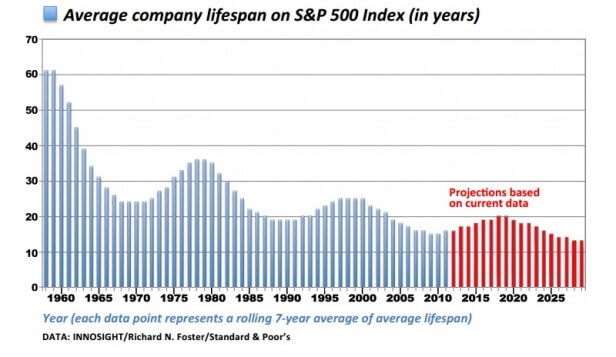 The reason?  Innovation and disruption.  Newer more nimble companies are out-innovating and then replacing old-school firms at a faster rate than ever before. One good example of this might be a company like Amazon out-innovating the old-school bookstore chains.

I guess brand loyalty doesn’t count for much these days.

This is a trend I mentioned when I looked at the lessons learned from the Kraft-Heinz merger.  Consumers just aren’t as interested in old-school brands anymore, and large firms like Kraft-Heinz haven’t been able to innovate or keep-up with new consumer preferences.

The speed of all this disruption has been increasing too, and it probably has something to do with the internet.  According to Forest Research, about 13% of all U.S. retail sales are now online, and that’s projected to rise by 17% in 2020.  That’s incredibly fast growth!

On the flip side, it also has the benefit of insuring you’re always invested in the most innovative new companies taking market share from the big-slow dinosaurs!

The stock market is a pretty weird place.  Many of the things that we believe to be true about investing just aren’t the way things work in the real world.  Investing often defies logic.  So how can the average investor ever succeed?

One of the most important lessons we can learn from all this “weirdness”is to never stop learning.  What’s true about investing today likely won’t hold true tomorrow.  It’s always changing.  You just have to keep learning and adapting.

Embrace the weirdness!  Investors can either choose to continuously “update” their own thinking, or risk falling behind.

Is there any stock market weirdness I missed?  I’d love to hear about it in the comments! 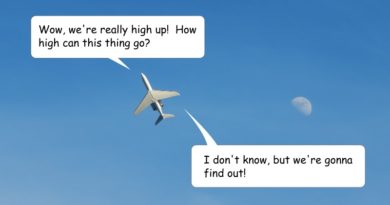 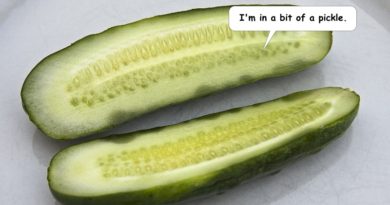 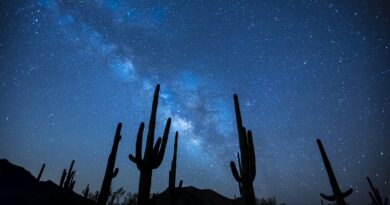