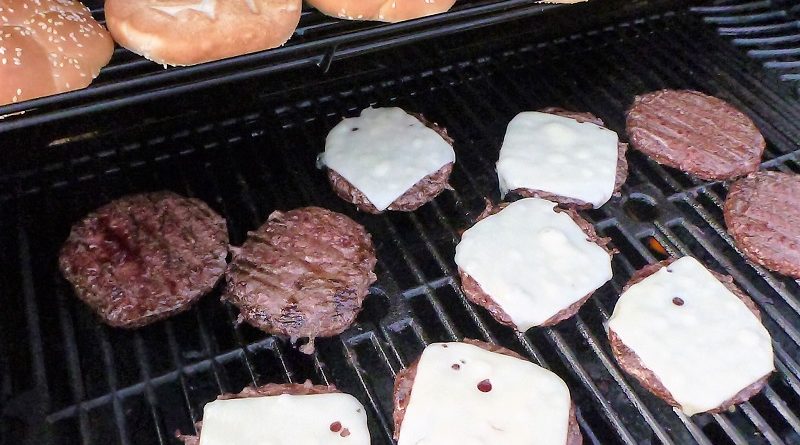 Memorial Day marks the unofficial start of the summer, and the start of summer grilling season.  Apparently, Memorial Day is the second most popular holiday for grilling in the United States.  With an estimated 65% of the population grilling at some point during this long weekend — that’s a lot of grilling!

Grilling makes food taste fantastic (of course!), and that’s something I’m completely onboard with….but not at a high cost.

Mainly, the ongoing cost of operating a grill is going to be the cost of filling those 5 gallon propane cylinders.  You may be familiar with those tank exchanged places at gas stations and grocery stores.  They look something like this: 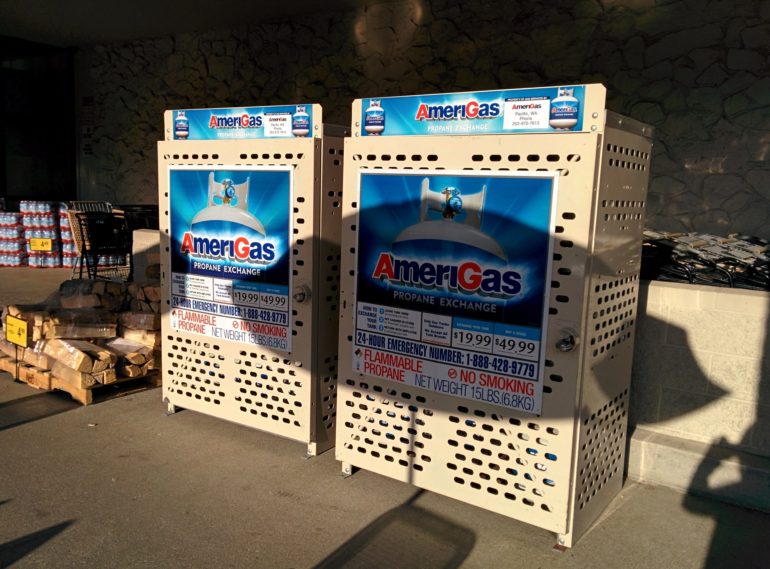 The cost to exchange an empty tank for a new tank (in my area) is $19.99 before taxes.  This is a standard 5 gallon propane tank.  At a cost of $4 per gallon, those tank exchange places are expensive.  That’s what I call a retail price.

I recently needed to refilled my own propane tank and came to the conclusion that retail propane sold in this manner is overpriced.

Despite the large number of RV’s on the road these days, actual propane refilling stations are hard to find in my area.  I happened to be aware of only one refilling station near my house.  It was selling propane for $2.95 a gallon.  A 25% discount.  The station was a U-Haul truck rental store.  Strange place to get propane, right?

Finding Cheap Propane With The Internet

Yay, savings!!  Yes, it’s true, I only saved myself $5.  That’s how millionaires are made!  Five dollars at a time.

After refilling my tank and realizing 25% savings, I couldn’t help but think, “I could do even better”.  I was barely even trying!  There had to be even cheaper locations, because I know the wholesale cost of propane is less than $1 per gallon.

But how would I find them?  Why isn’t there a GasBuddy for alternative fuels like propane?  It turns out, there is: Altfuelprices.com.

It’s not a beautiful website, but it does the job!  The site handles different alternative fuel types, but I was mainly interested in propane prices.

I called several places in my area to verify the accuracy of the posted prices.  Sure enough, the site is legit!  The cheapest price I could find within a few minutes of driving was $1.89 per gallon.  If I wanted to drive further, I could find even bigger discounts!

Like GasBuddy, it’s community driven, so some stations may be missing or not have price data.  This also means larger U.S or Canadian cities will have the data advantage over small towns due to a larger population.

After using the site, I found I could have paid significantly less to refill my propane tank.   $1.89 per gallon is a savings of 53% over the tank exchange places.

Unfortunately, it’s going to be a long time before I’ll have to refill again.  I only use a small Weber Q grill, and it gently sips the propane like a fine glass of spirits.  Efficiency FTW!

When I do refill again, I’ll definitely be using Altfuelprices.com!  Anyone know of an even better tool?

OK, for part 2 of today’s post, I think it’s high-time to give an update on our hosting company Squidix.

Mr. Tako Escapes has been in existence for almost 6 months now.  Back when I created this site, I did significant research into many different web hosting companies.  What I found looked like a giant scam.

I decided keep my business well away from the largest hosting companies and ended up choosing a small hosting company out of Indianapolis called Squidix.

Rather than sign-up for multi-year service to get big discounts, I decided to go with a “month-to-month” service.  While I am paying more for hosting this way, if anything goes wrong I can quickly switch hosts.  Worst case, I’m only out the price of one month’s service!

I was also worried if Squidix could handle the site’s growth on their shared servers (the cheapest hosting option).  Ideally, as the site grew I didn’t want performance to degrade.

Well, I haven’t switch hosts yet!   I was expecting good service, and excellent site performance from Squidix.  What did I end up getting in the last 6 months?

So far, Squidix has been a great host.  Their servers have been serving-up close to 70,000 pages of Mr. Tako per month.  Website performance has been able to maintain its speed, despite the increased traffic.

Squidix has been fairly reliable too.  In the 6 months Mr. Tako Escapes has been hosted by Squidix, we’ve seen one outage.  The site was down for about 1 hour.

How About Service And Support?

I’m so glad you asked!  During these first 6 months, we’ve had 3 service issues for which I created support tickets.  They were all email related issues, and nothing I could fix on my end.  Within a couple hours, someone from the Squidix team was able answer my support tickets.  All three issues were resolved within 24 hours (or sooner) of submission.

Overall, the support guys were efficient and friendly.

Based on the service I’ve received so far, I’m pretty happy with Squidix.  We’ve had no issues with WordPress or site performance.  I feel like I’m getting a good value, despite the occasional issue.  I don’t see any major reason to shift providers.  They’ve met my expectations (and I have really high expectations) by quickly fixing any problems I encountered.  Pricing remains fixed at a very competitive $3.73 per month.

I think we’re going to keep hosting Mr. Tako Escapes at Squidix.  The value for my dollars is excellent.

While I won’t get the large affiliate fees for promoting big hosting companies, my personal ethics won’t let me promote a service I won’t use.  I’m happy with this state of affairs, even if my wallet is a little thinner because of it.

That’s it for this week folks!  If you don’t like these multi-part posts (and would prefer shorter posts), please let me know in the comments.

Have a great Memorial Day!!  Enjoy the long weekend!  Grill safe, and save yourself some money on propane!

[Image Credit:  Mrs. Tako!  Thanks for taking photos of the tank exchange place!] 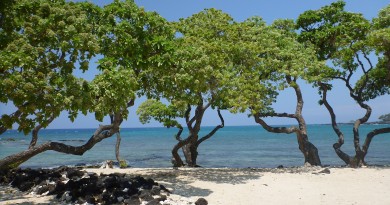 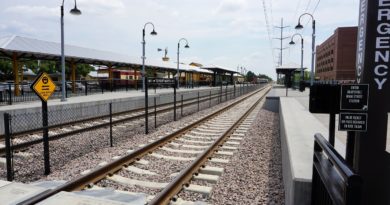 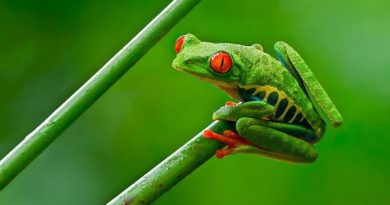 13 thoughts on “Grilling Season And A Squidix Update”