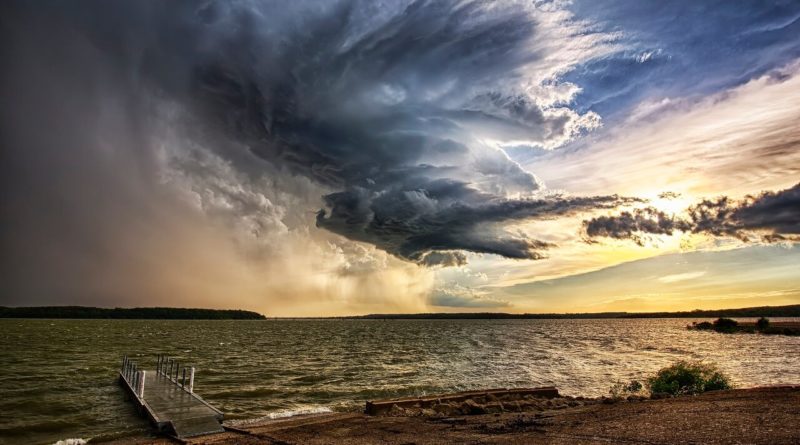 I’d like to nickname this October’s Investing Ideas the “falling knife” edition.  A new bear market may have finally begun.  Why do I think this?  My stock screens have been a sea of red the last couple of weeks, with values falling far from their high-water marks.

While a bear market is not necessarily bad thing, investing when 12 of the last 14 days have been negative feels a lot like trying to catching a “falling knife”.

It might be unpopular to think so, but paying lower prices for stocks is actually a good thing for long-term investors.  Paying less for an earnings stream that will compound long into the future is almost the very definition of a good investment.

But it still hurts when you buy at a good price, and then the stock drops even further.

When it comes to investing in a bear market, each investment should be carefully considered, because not every business is going to hold-up well if we’ve finally hit that economic speedbump.

Typically during recessionary periods, business declines.  Receipts come in lower, margins decline because fixed costs remain the same, and customers are more careful about spending money.  Profitability tends to fall to a varying degree.  If the business happens to be heavily indebted, any remaining profitability can dry up pretty quickly.

So, for this month’s investing ideas, I wanted the focus to be on investing ideas that may have some resistance to recessions, and/or rising interest rates.

As I’ve said in previous Investing Ideas posts, a big part of my investing philosophy is to keep the investment pitches coming!  If I don’t ever look at alternative investing ideas, I’ll never be able to tell the winners from the losers.

I don’t necessarily need to invest (swing) at every pitch, but I do need to keep them coming in to keep learning!

So, every month I’m out hunting for good investing ideas.  Most stocks I pass on pretty quickly, but a few merit more reading.  Those few gems (my best candidates) I try to write-up in this post every month.

In general, I look for good returns by investing in businesses with a significant margin of safety, a growing stream of dividends, and good returns on capital.  Not many investments fit this criteria, but a few gems occasionally pop-up.

Before we begin, there’s a few things we need to get out of the way…

Readers seem to really enjoy these ‘ideas’ posts, but they also generate a ton of questions.  In response, I’ve put together a Investing FAQ that should answer the bulk of common questions.  If you’ve got questions, check there first.

Please be warned — DO NOT consider any of these investing ideas as a solicitation to buy shares.  I’m not endorsing or advising anyone purchase these investments for themselves.  These are merely investing ideas that I’m considering this month.  I am not a financial advisor.  Please do your own research or hire a professional advisor.

I’m also not paid to endorse these companies in any way.  I may or may not put money into these investing ideas, but if I own shares I will disclose it.

Some investing ideas may also require additional research, or need to have certain questions answered before anyone should invest in them.

It used to be that the recession proof stocks everyone thought of were “sin stocks” — Cigarettes and Beer.  Those were the industries everyone mentioned the most when you read about defensive stocks.  But today I wanted to highlight another kind of business that still does pretty well during in recessions: Grocery Stores.

Yep, a good old fashioned food market!  Apparently when the good times are rolling, people tend to eat-out a lot, but when a recession hits, families start cooking meals at home again to conserve precious cash… which makes a grocery stores a surprisingly stable business despite low margins and intense competition.

Today I’d like to highlight a small 30-store grocery store chain that’s likely to do OK during a recession and DECENT during the good times.  The stock is Village Super Market Inc. (Symbol: VLGEA), and unlike Costco it isn’t priced for perfection.  Neither does it have the debt pile of larger grocery store chains like Kroger.

The company was founded in 1937, and it’s a regional grocery store that operates primarily in  New Jersey, Maryland, Pennsylvania, and the New York areas.  VGLEA shares trade at a humble 14.5 times earnings, and it’s completely unfollowed by stock analysts.  Meaning, this pick is quietly under the radar of most investors.

So, how can a small grocery store chain be competitive against larger chains?

VGLEA is a collection of 30 stores operates under the Shoprite name, and the company managed to grow earnings per share right through the Great Recession.  Which speaks volumes as to the strength of the business.

As mentioned earlier, debt levels at VGLEA are low — only $48 million in debt against $481 million in assets.  Right now, the shares trade at a mere 1.2 times book value.  That’s pretty reasonably priced.

Sadly, VGLEA is not what I would consider a dividend growth company.  Since 2012, the company has paid a $1.00 per share dividend.  This is not a fast growing dividend rocket ship, but that dividend is enough to provide a 4% yield for shareholders at today’s prices.

Outside of those dividends, most of VGLEA’s remaining cash flow gets invested into store renovations and the occasional new store.  The last new store opening was in the Bronx, NY in 2018.  This means that over time earnings per share is likely to grow, just not terribly quickly.

Compared to other publicly traded grocery stores, this is a veritable bargain for a very steady business.

If this name sounds familiar, it’s because I mentioned it in my June Investing Ideas post.

At the time, I mentioned the impressive moat that Computer Services exhibits.  Recessions and downturns have nary any effect on this stock, which makes it perfect for this month’s “falling knife” edition.

This is a knife that doesn’t fall because of long-term contracts.  Computer Services (Symbol: CSVI) sells digital banking services to small regional community banks and small banking chains that need to remain up-to-date, competitive, and compliant with federal banking regulations.

These services are typically “sold” as part of long-term contracts that small banking chains would be unlikely to cancel.  If the going gets tough, they still have to comply with federal banking regulations and try to keep customers happy.

This makes CSVI a very recession resistant company, which happens to sport a 2.77% dividend yield that typically grows at about 10% per year.

As I mentioned back in June, CSVI is one of those stocks that never really gets cheap, and that’s still the case today.  Shares trade at around $51/share today, which is almost exactly the same price they had in June.

All this stability comes at a high-price (which normally I don’t like paying), but during a recession it might actually be worth paying that high price to protect your capital.

If you’d like to know more about CSVI’s business, I highly recommend reading the company’s most recent annual report, as you will find very few news articles written about this boring yet very-stable business.

Another kind of business that does fairly well when interest rates rise is banks.  While banks usually have to pay-out more in interest to depositors, interest earned typically grows faster than interest paid.

One such bank that I think is set to do well is Toronto-Dominion Bank (Symbol: TD).  Yes, the same TD as in TD Ameritrade, but that’s an entirely separate stock.  TD just so happens to own 40% of TD Ameritrade (Symbol: AMTD).

Toronto-Dominion Bank happens to be both a Canadian bank and a U.S. bank, making this a very odd duck investment.  But that’s the beauty of this stock.  Odd-ducks get very little love from Wall Street, so this bank trades at a relatively cheap price of 12 times trailing earnings.

Roughly 60% of revenues are derived from Canada, and another 30% from U.S. sources.  Canada’s banks enjoy a highly-regulated oligopoly status, which provides for higher returns on equity than most U.S. money center banks.  This wide diversification and strong government regulation should continue to provide considerable stability in the event of a recession.

In the past, I highlighted another Canadian bank in one of my Investing Ideas posts, The Bank Of Nova Scotia (Symbol: BNS).  BNS stock looks like a good investment, but TD might be even better.

Headquartered in Toronto, this money center bank has been able to grow dividends at 11% annually for the past 20 years.  That’s downright outstanding!

Right now, the shares sport a 3.66% dividend yield and a 43% payout ratio… which isn’t too shabby!

While bank earnings would likely take a hit during a recession, this effect should be somewhat muted as interest rates continue to rise.  All in all, I suspect Toronto-Dominion bank will continue their impressive growth record for some time to come in the future!

If you’re interested in learning more about TD, I found this writeup on SeekingAlpha to be quite good.

If there’s one single name in the entertainment industry that’s completely dominant, it’s Disney (Symbol: DIS).  If you have kids, you’re probably very used to regularly handing cash over to the mighty Disney.  It’s something of an institution.

I have two boys, so I’m well aware of the stranglehold this company has on all the cool family-friendly entertainment.  Marvel superheroes?  Check.  Starwars?  Check.  Pixar Animated movies?  Check.

If you take a look at this year’s top 10 grossing movies, Disney holds the crown.  The top 3 films in 2018 grossed almost as much as the rest of the top 10 combined.

Not only do they make a large number of popular movies, but they own theme parks around the world, the ABC and ESPN television studios, as well as a couple radio networks.

The Disney theme parks themselves sport some very impressive pricing power, usually growing faster than inflation.  This means every year families have to pay higher and higher prices to visit a Disney theme park.  The price for a single day adult Disneyland ticket at “regular price” is now $117.

That’s some impressive pricing power, and a testament to the dominance of Disney on family entertainment.  Disney is a company that won’t be disappearing anytime soon.

In recessions past, there was typically a pretty big hit to Disney’s earnings (as families cut back their entertainment spending), but the company quickly recovered and began compounding value for shareholders.

Unfortunately Disney stock is almost never a bargain due to the impressive strength of the company.  This makes Disney shares something of a safe haven for investors — the shares might only see a short-term ‘blip’ due to a recession but that’s the perfect time to buy.

Currently DIS shares trade at a PE of 14.88 and sport a dividend yield of 1.88%.  These are very “typical numbers” for Disney, and not a real bargain for investors.  You might want to wait awhile.

Still, if you’re looking for a safe place to invest money during a downturn, investors could do far worse than Disney.

Thanks for reading my October investing ideas everyone!  I hope you enjoyed these “falling knife”/recession resistant ideas and perhaps found them useful.  I’m always curious to hear your feedback, and please feel free to share your own ideas in the comments! 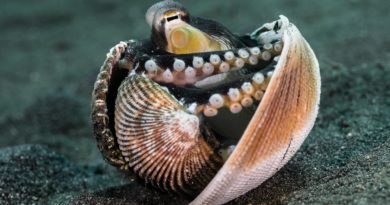 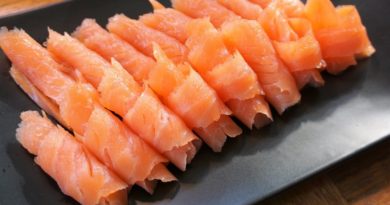