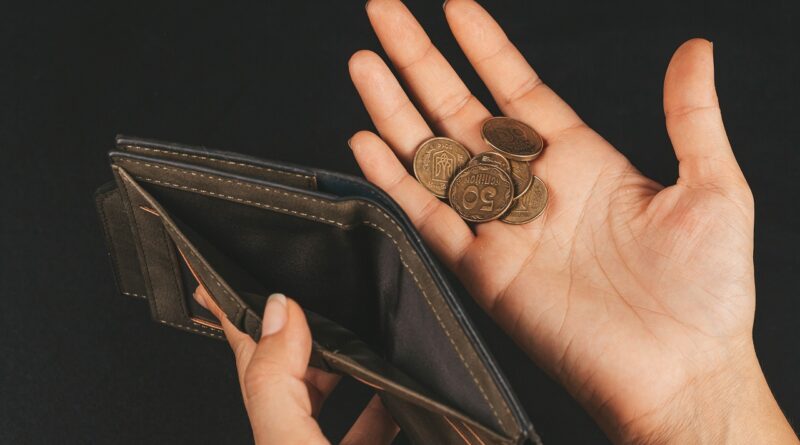 When people talk about geo-arbitrage, they often tout the amazing advantages of moving from a high-cost location to a lower cost region.  It’s all double rainbows, unicorn farts, and ice cream sundaes when you read about geo-arbitrage on the internet.

I wish the real world worked that smoothly.  You don’t often read about the high cost of moving and all the little financial snags that happen along the way.  These “problems” get glossed over to tell a rosy story on the internet, but I can tell you from personal experience that the reality of geo-arbitrage is far from perfect!

Sure, throwing money at problems can usually solve them, but this sort of defeats the purpose of geo-arbitrage in the first place!

In our case, the Tako family recently moved from the Seattle area to a small town not far from Tucson, Arizona.  This was a move of about 1500 miles (2414 kilometers).  Generally speaking, Arizona is considered a “lower cost” state, but the numerous issues we’ve run into during our move have actually made it very costly.

Today I’m going to walk you through some of the “expensive challenges” we ran into, and let you know the financial realities of our own geo-arbitrage adventure.  It’s been a frustrating move to say the least, because we’ve run into a ton of problems (both large and small).

Read on to find out exactly how much this geo-arbitrage move cost us!

If you’re a frequent reader of this blog, you probably know that we put our house up for sale the last week of June 2022.  The plan was to put the house on the market right after the kids got out of school.

On the surface this plan seemed good — In the first half of 2022, the housing market was doing awesome (some might even say ‘hyper-active’).  Most houses would see multiple offers in about week.  Typically above asking price too!

Unfortunately our timing was terrible!  The housing market shifted dramatically in the two weeks before we listed our home.  Interest rates shot-up to decade highs, and buyers dried-up overnight.  Uh oh!

While some home sellers can afford to wait months and months for their home to sell, we had a tight deadline.  We needed to move to our new home quickly, and have a new address before August 3rd (the school year starts here on August 3rd).

I didn’t plan on having our house sitting on the market for an extended period of time, but that’s how the cards played-out.  There wasn’t anything I could do at that point.  I literally locked the doors and drove off.

This meant we had to sell our house entirely remotely, and this took a lot of trust on my part.  Thankfully we had some very good neighbors in the area that were willing to keep an eye on the house (and mow the lawn) while it sat on the market for a longer than expected time.

This might not sound so bad until you realize that we had to pay both our mortgage ($2313 per month) AND pay rent at the new place in Arizona.

On top of the mortgage and rent, we also needed to pay for professional staging (i.e. fake furniture) to make the house look nice for pictures and tours.  This cost $4245 for the first month, and then $1700 every month after that.

In total, missing the top of the real estate market probably cost us $200,000 and added a whole bunch of stress because of the cash flow needed to pay for two places at the same time.

It took about two months for the house to sell, and we ended-up selling our home for 20% off of the ‘peak’ price in our neighborhood.  State taxes, agent fees, and title transfer fees amounted to slightly over $100,000.

This isn’t a terrible result, but it will cut deeply into what kind of home we can afford in Arizona.

After leaving town, we stayed with my parents for one week.  This was the only cheap part of the move.  I only had to cover the cost of groceries and cook half of the meals.

Eventually we packed our bags again, and headed south.  The drive itself was very uneventful, and we arrived in the Tucson area without issue.

When we arrived, we stayed in a wonderful Airbnb for two weeks.  This cost $1500 for 14 days.  In hindsight, staying in such a nice place probably wasn’t a good idea.  Our expectations were set very high.  Once we began looking for rental houses, it was a big disappointment because the available rental houses were few, run-down, and rather expensive.

To make matters worse, most property managers would NOT rent to us for less than one year.  Nobody seemed willing to do a 6-month lease.  “One year lease minimum!” they all said.  And breaking a lease in Arizona is not something you want to do (it’s very expensive).

It’s been awhile since I’ve rented an apartment or house, but a one year minimum lease in a college town seems like a really tough sell.

Why didn’t we want to sign a one year lease?  We planned to begin house shopping just as soon as our house sold.  We didn’t know how long the sale was going to take, so we wanted a rental with a little flexibility.  One year was probably too long to be locked into a rental.

Finding a rental house took two weeks of continuous searching before I found a place.  This was a week longer than I expected, but eventually we found a property manager willing to do a 6 month lease (with the option to go month-to-month after that).  The monthly rate on this small (1640 square feet) house is $2200/month.

Moving itself has a large financial cost if you’re taking more than a couple of bags with you.  We ultimately decided to take 4 Uhaul Ubox containers of stuff with us to Arizona.  In total, this was 1028 cubic feet of “stuff” we shipped.  It cost just over $6,000 to ship and deliver.

This kind of move is far cheaper than full service movers like Atlas or United Van lines.  I got quotes from all of the full-service movers and ‘pod’ companies, and it soon became very clear this ‘pod’ style of moving is the most affordable.

That’s not to say there weren’t problems using Uhaul’s Ubox service.  For one, Uhaul is supposed to call and tell you when the containers will be picked up or delivered the day before they arrive.  Uhaul provides a 4-hour window for that day.

This went fine in Washington, but unfortunately in Arizona our Uboxes didn’t arrive as planned.  They arrived 4 days late!  That’s right, they called to tell us our stuff would be delivered, and then nobody showed-up!

I spend many stressful hours on the phone trying to find out what happened to our stuff.  Finally, 4 days after the scheduled delivery date they actually arrived!

This meant we were camping on the floor for four days.  I was aware these kinds of problems happen, so thankfully we had sleeping bags, pads, and other necessities already prepared.  Mrs. Tako and the kids were actually pretty good sports about all of it.

As far as I can tell, most of our furniture arrived undamaged, and in good condition.

Going into this geo-arbitrage adventure, we knew the climate in Arizona was going to be drastically different from Washington.  We were moving from one of the wettest and cloudiest places in the United States, to one of the sunniest and warmest!  The change was going to be dramatic, and our energy costs were going to shift from heating most of the year, to cooling most of the year.

The problem with rental houses, is that you never know what your energy costs are going to be until you actually live in a place.  I figured the cooling costs in the summer would be similar to our old heating costs in winter.

What I didn’t realize is that the rental house we moved into did not have a fully functional AC unit.  To be fair, it worked enough to convince me to sign the lease, but we realized within a day that the AC unit couldn’t cool the house down to a comfortable temperature.  This half-working AC unit has to run constantly just to get the indoor temperature under 84F.

When we get our first power bill, it’s going to be absolutely astronomical!  Will it be $500, or more?  I let you know in my monthly financial reports when I get it.

On top of this I made a really dumb mistake — I assumed that the power company was also the gas utility provider (like it is in Washington and many other states).  It’s not!  When I setup the new utilities for our new rental house, I neglected to setup the gas with SouthWest Gas.

Woops!  That was dumb!

To make matters worse, turning on the gas isn’t as simple as making a phone call.  They actually have to send someone out turn on gas appliances, and test the gas lines.  It can take over a week before they send a technician out to turn on the gas!

So, we ended-up going without hot water for a week!  It was totally my mistake because I didn’t understand how things work here.

On the bright side, this worked out surprisingly well given the fact that the AC unit doesn’t work properly.  Cold showers are a great way to cool off!

Any time you travel, you’re automatically putting yourself into situations where you don’t know how to get the best deals.  You’ll over-pay due to simple ignorance.  This means any kind of shopping is unoptimized.  The same goes for when you move to a new location — We don’t know where to shop to get the best prices!

I haven’t tallied-up a monthly grocery bill here yet, but I estimate I’m wasting around $50-$100 per month just buying groceries poorly.  The same thing goes for gasoline, car insurance, home owners insurance, and similar bills where you need to shop around to learn who is the best provider.

Alright, so it’s probably pretty clear things didn’t go according to plan during our move.  I’d hesitate to call it a complete disaster, but it did end up costing a lot more than we’d planned.

I expected to have difficulties along the way, but the move was far more financially difficult than I expected.  It’s going to take many months before we make-up for the higher moving costs, and the double living expenses we had to pay.

If there’s one major point that I’m trying to convey here, it’s that geo-arbitrage is NOT a pot of gold at the end of the rainbow.  Traveling has a cost, moving has a cost, and there are numerous taxes and setup fees associated with changing location too.

One way to think about it, is like making an investment.  You put up the funds first, and then slowly earn back those funds over time through lower geo-arbitraged expenses.

For my family, it’s too soon to say how long that payback period is going to be.  I can guess that it’s going to be *years* before we’re financially ahead of where we were before the move.

So, for anyone considering a geo-arbitrage move — My advice is to please think twice about the costs involved.  The ‘payback’ period before your living expenses drop might take a little longer than expected.  Are you really willing to live years in a lower cost location to earn back those moving costs?

It’s something to consider before you move! 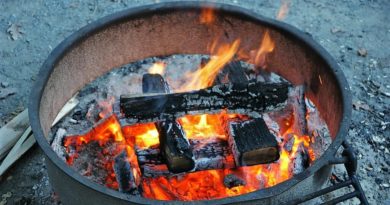 The FIRE Movement Was Inevitable 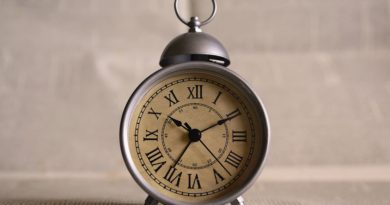 42 thoughts on “Is Geo-Arbitrage A Financial Fairy Tale?”