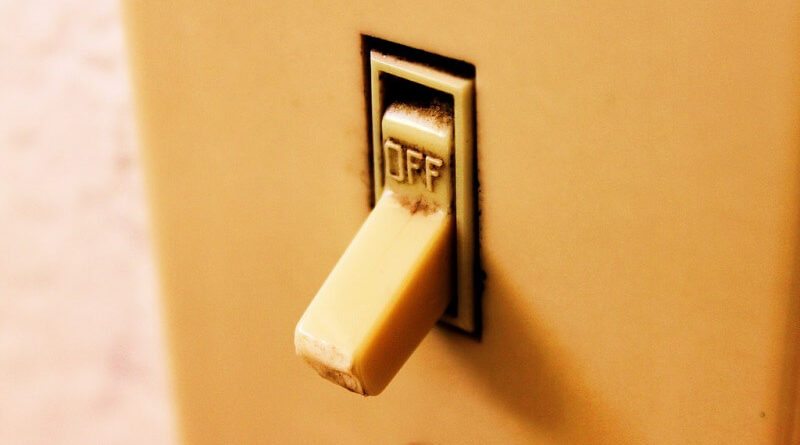 Readers of this blog are well aware that I’m comfortable investing in all sorts of different assets — index funds, bonds, preferred shares, and even common stocks when it makes sense to do so.

Generally speaking, if I’m going to invest in individual assets there must be a significant advantage to putting money into those individual investments versus a good ole index fund.  It should make good monetary sense to do so, and it won’t be based upon market speculation or attempts to predict the future.  Cold hard number crunching here kids!

(Yes, this is one of those investing posts!  It’s going to be the last one for a while, since we’ll be traveling all next month!)

When buying common stocks you see a huge number of different strategies — Some people focus on growth stocks, dividend yields, and others purely on valuation (cheap stocks).  Heck, some people even invest based on the new technology introduced by the company (e.g. Tesla).

Those are all cool strategies, but mine is a little different.  Over the years I’ve developed what I call a “hybrid approach” to investing that was originally influenced by a Joel Greenblatt’s book The Little Book That Still Beats The Market.

What a stupid title, eh?  It might sound stupid, but it’s actually a pretty smart book.

While I don’t follow the Greenblatt “Magic Formula” approach, I did find his ideas innovative — He combined two disparate investing metrics into a hybrid model for making investing decisions.  Those metrics (earnings yield and ROIC) produced stunning long term results for Greenblatt.

In other words, he didn’t just espouse buying of cheap companies — he bought cheap AND good companies…and it worked REALLY well.  He did so in an easily quantifiable way that didn’t required “smart” decision making.  It was a formula!

Today I want to talk about a third leg I’ve added to my own hybrid investing model — Incentives.

It’s like a law of nature — Incentives drive everything (especially human behavior).

To quote Charlie Munger (one of my favorite investors), “The iron rule of nature is: you get what you reward for. If you want ants to come, you put sugar on the floor.”

As investors, we want to “put down the sugar” for business executives (and employees) that leads to better rewards for shareholders.  In my mind, these kinds of incentives include:

It’s also important to consider that if the wrong incentives are put place it could create absolutely terrible behavior — Bad incentives eventually led to the collapse of Enron or WorldCom (the two largest bankruptcies in history).

These kind of incentives could include:

There’s a huge number of possible incentives that can be put in place!

By-in-large, I believe incentives are an area of investing that gets largely ignored by investors despite being one of the most powerful controllers of human behavior.

So how can we learn more about how company executive are incented?  I’m glad you asked!

Finding Incentive Details – The DEF 14A

If we’re talking about companies in the United States, the king of documents when it comes to incentives is the DEF 14A (sometimes called a Schedule 14A or annual proxy).  This document is typically filed by public companies annually with the SEC.

So how does a person find the DEF 14A document?  Simply search for the company’s EDGAR filings!

Once you’ve found the company (be careful, sometimes there can be multiple companies with similar names) in EDGAR, you’ll then need to refine the results down to just DEF 14A filings:

In this case, I punched in ‘Southwest Airlines’, a company I happen to like and own shares in.  Every year one of these DEF 14A documents should be filed by public companies.

Once you’ve found and opened the DEF 14A document, direct your attention to the section called “Executive Compensation” or “Compensation Of Executive Officers” and start reading.  This is usually where you’ll find the meaty bits about executive incentives.

In Southwest’s case, executive compensation is made-up of three components:

These three compensation components are pretty standard across most companies  The amounts and awards do vary from company to company of course.

Where things get more interesting is when you look at the scorecards for how executive awards are applied.  In other words, what hoops are being set for the CEO to jump through?

In Southwest’s case, they use a management incentive scorecard like this: 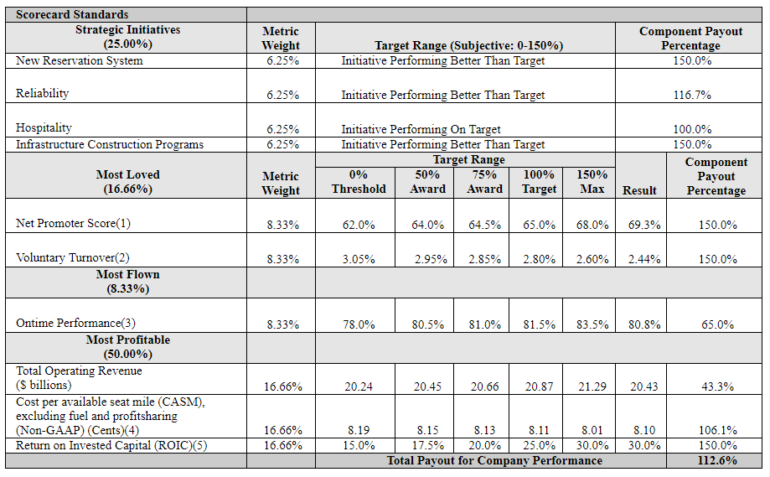 For the long-term incentive compensation, they also use an additional scorecard for determining executive rewards:

Interesting isn’t it?  Ultimately these programs as defined in the DEF 14A will drive executive behavior and stock performance.

As you can see in the tables above, Southwest puts a strong emphasis on ROIC and company profitability by using hard metrics in these two scorecards.  (You can read the details in the actual filing)

This is one of the reasons why I made my Southwest investment — I saw good incentive plans in-place that should drive excellent shareholder rewards in the future.

These healthy incentive plans have also been in place for many years.  I saw no evidence of “shifting metrics” or “lowering the bar” when bad years happened — Southwest maintained a focus on ROIC levels even in bad years.

Have you ever wanted to know how Elon Musk is rewarded at Tesla?  Or perhaps you wonder why Netflix is so hell-bent on subscriber growth?  Maybe you’re curious why Amazon doesn’t seem to care about profitability?

The answers to these questions and more can be found via reading a company’s annual DEF 14A filing!!

Ultimately, executive compensation is just one small piece of the incentive puzzle to reward behavior.  We can infer that executives will drive these incentives downward to the divisions they control and to individual employees they oversee.  It’s not a perfect window to incentives by any means.

There are also other incentive plans — Many companies maintain stock option or stock award programs, and even profit sharing plans that drive human behavior.  These are also worth looking at closely.  (The details on these plans are frequently found in DEF 14A filings.)

There is A LOT of variation in incentives from company to company.  Clearly can’t cover all the different variations that exist here.  A great way to learn more is by simply reading all of the DEF 14A filings from your favorite companies.  Yes, it does take a lot of reading!

You’ll definitely learn a ton, and it might just help you become a better investor. 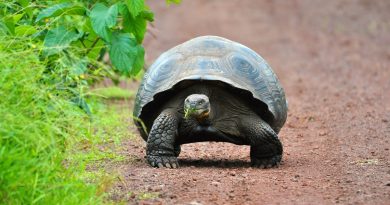 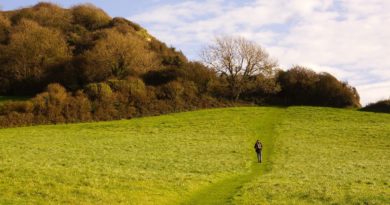 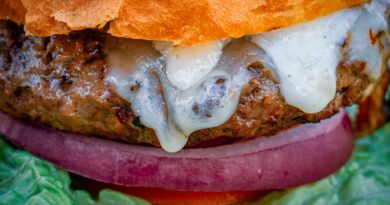 15 thoughts on “Looking For Incentives”