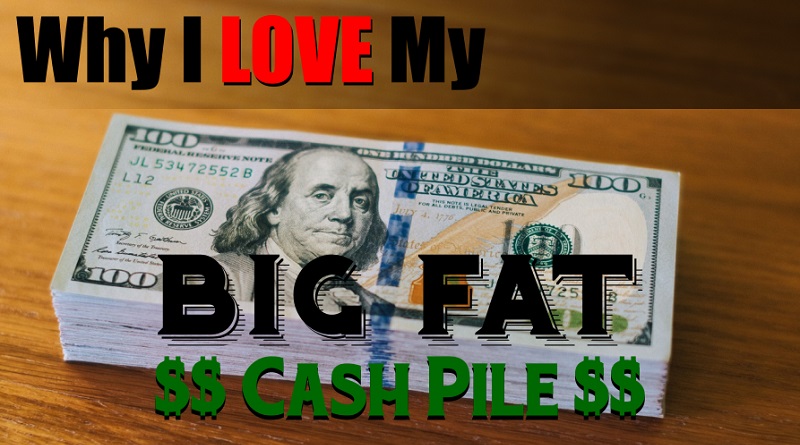 This is a post about cash.  As in cash that’s waiting to be invested.  The Tako family keeps our cash mainly in taxable money market accounts, and that cash pile has grown considerably over the last half decade.

How big of a cash pile am I talking about?

While some individuals have criticized my excess cash as “not putting our money to work”, it’s times like these that I couldn’t be happier about having so much in cash at the ready. 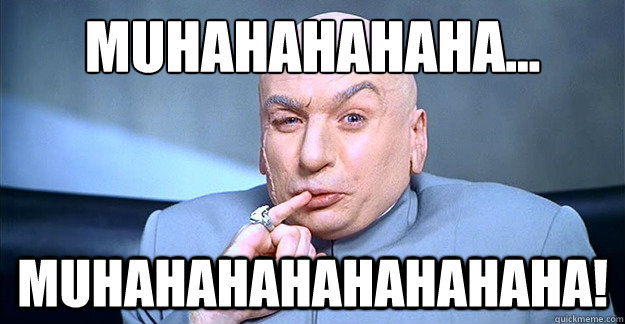 Market averages are heading into negative territory this year, and that could mean potential bargain prices on good assets.  Basically, the perfect time to put that cash to use.

But life hasn’t always been this comfortable.  There have been times in my life when cash was really hard to come-by.  Most notably for me during the DotCom crash of 2001.

I had just graduated from college and started working at my first “real” professional job with a real paycheck.  Unfortunately after starting that job, the startup company I was working went bankrupt a couple of months later — Leaving me with little cash, no income, a car loan, and $50k in student loans.

Ouch!  That was a very difficult time in my life and it ultimately shaped how I manage my cash today.  I vowed to never run out of cash again and always have cash ready when bad times happen.

If you look at the natural world, Mother Nature devised a very similar solution to dealing with lean times — basically carrying some level of fat.  Those fat stores provide crucial calories when food is scarce, and as insulation against the elements.   Fat allows for a much higher level of survival in an uncertain world.

Well, Mother Nature didn’t get this one wrong folks.  Unfortunately fat has earned something of a bad name in popular culture, mostly because many of us never actually burn off the fat (and this can lead to serious health problems).

For the record, I don’t recommend storing your excess earnings as cellulose.  Rather than putting on extra pounds, it makes a lot of sense to financially store a little extra ‘fat’ for when the famine comes.  Basically, cash in the bank.

Not everyone thinks this way of course — Some people are big believers in being fully invested.  Their plan is to follow the 4% rule and sell stock when money is required.  But I’ve always thought this idea was a little wrong-headed.  Frankly, there can be times when selling stocks is an absolutely terrible idea.

Don’t sell stocks when they trade below intrinsic value! (For example)

Using The Wealth Effect To Your Advantage

In my opinion, this is part of the reason why bubbles form —  Stock markets rise and consumers spend more due to the Wealth Effect.  Because consumers spend more, corporate earnings improve and stocks rise even more.  This feedback loops continues until eventually the bubble pops and a HUGE amount of “perceived wealth” is destroyed very quickly.

The Wealth Effect is even known to create recessions if the loss of perceived wealth is great enough among the populace.

With Mr. Market in such a rotten mood the last couple of weeks, we might be right on the cusp of a wealth effect created recession right now!

Having a big fat cash pile is my hack to beat the wealth effect.  It’s a kind of “insulation against the cold” if you will.  That cash creates a kind of alternative wealth effect when things turn negative.

When friends and neighbors are feeling negative about their finances, if you’ve got a big fat cash pile you’ll be psychologically in a much better place to invest when markets are down.

Don’t discount psychology in investing.  Controlling your own psychology plays a HUGE part in being able to invest at opportune times.

Right now, the Tako family’s has 8.2 years worth of annual spending in cash.  We’ve got a lot of “financial fat” right now.

How Much Fat Is Necessary?

For the financially independent, the need to eat and pay the bills doesn’t go away when the stock market takes a dive.  This is why I’ve always advocated FI people need to keep a decent level of cash on-hand — It could be a year (or multiple years) until stock market prices again reflect a reasonable intrinsic value of your investments.

The Great Recession was a perfect example of a financial storm, where having plenty of excess cash on hand was a good idea.  It was financial crazy times — People were getting laid-off all over the place, and dividends were cut on many good stocks.

Our passive income seriously dropped during the Great Recession too.  Dividend income went from a comfortable $16,000 per year to a mere $5,000 per year.  (Not all of that drop was due to dividend cuts, but you get the idea)

Not only that, but the Great Recession was the perfect time to invest.  Having extra cash on hand AND passive income really helped us invest during the darkest days of those turbulent times.  Not just survive, but invest.

I lost my job during that time, but I was still investing when assets were incredibly cheap.  It paid off too — This behavior was instrumental in our reaching financial independence at an early age.

Hell, we even bought our house in 2009 — right dead-smack in the middle of a housing market crash.

When I tell people this story they’re always shocked, “How the hell were you not afraid?  It looked like the world was falling apart.  Everybody was losing money like crazy at that time.  You must have some serious brass balls.”

I won’t say that it wasn’t scary (it was), but I had my big fat psychological buffer to keep the fear at bay.  I knew that whatever the financial fallout, I had plenty of cash on-hand and the world would eventually muddle onward.

What About Everybody Else?

For those of you that are not yet among the ranks of the financially independent, at a minimum I advocate that everyone should keep at least 1 year’s worth of living expenses available at a moment’s notice.  Some people call this an ’emergency fund’.

This cash can help bridge the gap if you suddenly lose your job, and can save you from borrowing to put food on the table and keep a roof over your head.

Why 1 year worth of living costs in cash?  Because it can take that long to find a job during a recession.  Sometimes longer.

I speak from personal experience here.  Finding a new job during the Great Recession was not easy.

Mind you, I don’t mean that you should store cash under a mattress.  That would be dumb.  I mean putting cash in a money market account, checking account, savings account, or other FDIC insured account.

As far as other places to store cash, some people believe that bonds are a safe place to store cash… but I don’t entirely agree.  When interest rates rise, bond prices fall.  It’s a financial law, like gravity.  Just look at the Vanguard Total Bond Index fund over the last year:

Investors in bond funds would have realized losses over the last year if they needed to sell.  (Note: Holding bonds to maturity is an entirely different story.)

When To Build A Bigger Cash Pile

So the next question on everybody’s mind is, “I’ve got an emergency fund already.  How do I know when to start building a bigger cash pile to invest during a downturn?”

Well folks, Mr. Market is going to tell you.  You just need to listen.

For the last 9ish years we’ve seen incredible gains from the stock market.  Interest rates were very accommodative coming out of the Great Recession and almost nobody thought this was going to last forever.  It didn’t.

If you recall from earlier, bonds fall when interest rates rise.  Well, so do stocks (for the most part).  Sometimes it takes a few rate raises before Mr. Market wakes up to reality, but when the Fed signals they’re going to raise rates — you should be paying attention.

The Federal Reserve has been raising rates steadily since 2016, and yet the market powered ever-higher….

This, like defying gravity, is a mathematical relationship that just can’t last forever.  Eventually asset prices will respond to interest rate levels and other economic factors, like GDP growth rates.

Yes, it’s true that I’ve been pretty excited the last couple of weeks watching U.S. stock markets sink into negative territory.   It might be the start of the next bear market.

While some people might think, “That’s terrible to cheer for falling markets!”,  but I want to impress upon you this is the difference between ‘perceived wealth’ and ‘real wealth’.

Great investors know that the market is there to serve them, not to instruct them.  When the time is right, they have a cash pile at the ready and a cash flow engine to keep generating cash independent of the market.

So, being a financial fatty really isn’t all that bad.  I’ve got my layer of fat ready for the long stormy night.  I hope you do too. 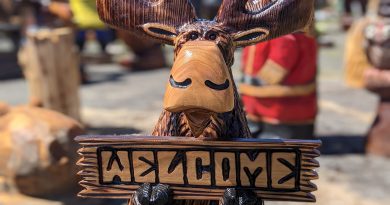 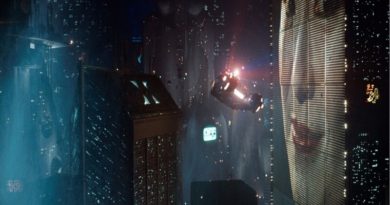 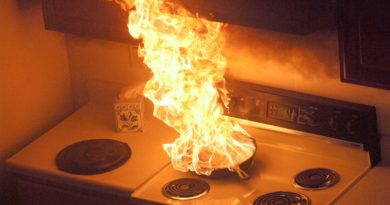 Throw Negative Nancy On The Fire

58 thoughts on “Why I Love My Big Fat Cash Pile”