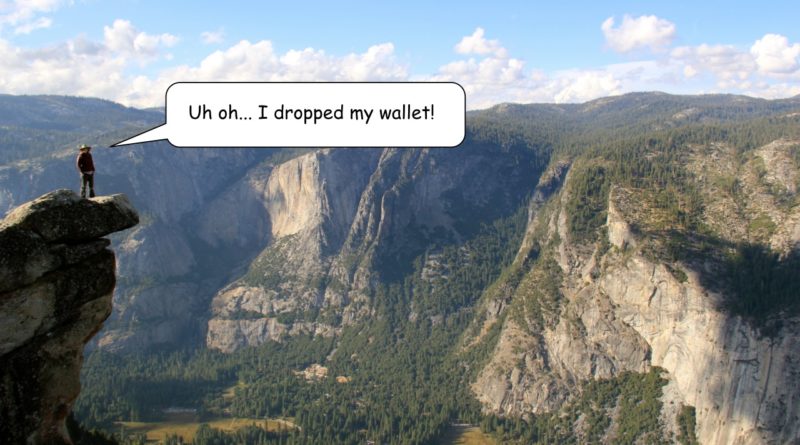 To the uninitiated it might seem like a blogger who reaches multi-million dollar status before turning 40 must have had a perfect financial track-record through life.  No financial mistakes made…ever!  Right?

This is hardly the case.  In my lifetime, I’ve made LOADS of serious financial blunders!  Almost too many to count.  Rather than beating myself up about how stupid I’ve been, I’ve tried to adopted a mistake-positive philosophy.  I think we should always be making mistakes.

That said, I’m not proud of the financial mistakes I’ve made.  I’m not trying to hide my mistakes, but maybe I haven’t put them on display here as often as I could have.

Like I said, I’m not proud!  So today I’m going to try to rectify things by showing you what a big idiot I’ve been with money in the past.

Everyone remembers their first car.  Mine was a used Subaru GL with 200k miles and cost me $3500.  It was NOT a cool car, but it did get me around during my college years.  The beauty of that car was that it was completely paid for… even if it was ugly and falling apart.

After college, I got a decent paying job, but I didn’t have enough saved to afford a better car… I was stupid enough to buy one anyway.  Yep, I was one of those people that needed a loan to buy a used car.

Don’t do this.  Ever.  Let me tell you, the lenders that sell those kinds of loans are absolute predators.  Back in those days, interest rates were higher, but I believe the APR I ended up paying was 6.5%.  Yikes!

On top of paying a high interest rate, the engine developed some serious problems and I was always fixing that car, trying to get it to run properly.  The loan almost outlived the car!

Never again will I buy a car with debt.

2. Collecting things is a terrible idea

I’ve written my feelings about collections in the past, but it bears repeating here today.  When I was younger, I collected comic books, baseball cards, garbage pail cards, and even a few action figures.  I used to think that these collections would one day be worth a bunch of money, I just needed to ‘sit’ on them.

I let my collections sit for 20 or 30 years, and then one day I looked up the prices.  In most cases, they were worth less than what I paid.  Total waste of money.  So stupid!  It would have been better to have left the money in a savings account!

All totaled, I probably wasted a few thousand dollars on these collections.  That doesn’t sound too terrible until you realize when I did it.  I was in grade school during most of my collecting phase.  That was 30 years ago!  If only I’d had the smarts to invest it and let it compound back then.

3. Too much money wasted on alcohol.

OK this one is might be a little controversial because people love to drink.  Like most young adults, I started drinking alcoholic beverages in my college years (age 21 was the legal drinking age).  Whether it was at parties or meeting friends at a bar, it got so that I was regularly having a few drinks on the weekend…

After college this expanded to include drinks at work functions, and the occasional beer after work “to relax”.  Most people would never call me a heavy drinker or an alcoholic, but I can’t count the number of dollars I’ve wasted on “adult” beverages in my life.  It’s not a small amount.

What did I gain from spending all that money on alcoholic beverages?  Absolutely nothing.  It was a total waste.

One day I just decided to quit.  Why did I do it?  There are a bunch of reasons — social reasons, financial reasons, health reasons, and family reasons.  I can’t point to any one specific reason that made me quit, but I did.

It’s been 6 years since I had my last drink.  And you know what?  I’m extremely glad I did it.  I’m probably less fun at parties now, but I’m saving a ton of money and setting a good example for my kids.

4.  Upgrading tech is like throwing money in the trash

Do you like new technology?  I sure did!  In my life I’ve owned all kinds of technology, from crude cassette tape recorders to computers and CD players.  I’ve owned it all.  And spent too much money on it!   I used to upgrade to the latest computers, TV’s and cell phones every couple of years.  Each new generation, I’d have to get rid of the old technology just make room for the new.

It was always a financial disaster.

You know what I’ve learned?  Paying to stay at the front of the technology curve is a total waste of money.  There is always going to be some new technology or cool innovation you can upgrade to… and (I’ll admit), it’s always better than the old technology.

Paying to be at the technology front-line has a very high cost.  It’s far better to be at the back of the technology curve, and only adopting new tech once everyone is willing to part with it for cheap.  Usually this means it’s at least 4 to 5 years old, and completely outdated by “modern” standards.

For example: 4k TV’s are considered “normal” today.  You can buy a good one for around $1000.  Instead of doing that, you can buy a used 1080p TV for practically nothing off Craigslist or Facebook Marketplace.  You’ll pay a lot less than the original owners, and save yourself a TON of money in the process!

These days I’m rocking a free TV, and going phone-less.

5.  Too much money spent at the movies

Do you like watching movies at the theater?  It used to be more common in the old days, before people had giant flat-screen TV’s.  Even today, with a big fancy TV’s people still go to see the latest movies on the “big screen”.

I used to be one of those people that would regularly drop $10-$12 to see the latest movie.  I’d go out with friends every couple of weeks, eat dinner, and watch a movie at the theater.  We’d make an evening of it.  I didn’t even try to go to cheap matinee’s back in those days!

What a waste of money!  Most of those movies weren’t even memorable!

These days if it’s movie night, we invite friends over for a delicious home-made dinner and put on a movie we borrowed from the library.

It sure beats standing in line on opening night!

6.  I pissed away oodles of money on flavored water

This one is kind of related to blunder #3.  People spend way too much money on flavored waters.  Most people are hooked on the stuff.  I used to be one of them.  I used to buy all sorts of flavored waters — sodas, coffee, bottle teas, fruit juices, sparkling bottled water, you name it!

Really, you don’t need any of it.  It just makes you fat, and addicted.  The only thing you really need is water.  Learn to like it, and save yourself from the evils of flavored water.

I’ve said it once, but I’ll say it again:  “Addiction, obesity, and financial dependence are frequently served in a cup (or a bottle).”

7.  My experiments in shorting stocks were a complete disaster

Yep, at one time I tried shorting stocks.   For some reason I thought it was a good idea…. but turned into a total disaster.  I thought I knew exactly how Mr. Market would respond to a failing business… and boy was I sure wrong!

I lost around $10,000 on this gigantic blunder, and learned a very valuable lesson about speculating (don’t).  I no longer short stocks as a result of this financial blunder.

Thankfully I learned a valuable lesson about trying to predict what Mr. Market will do: You can’t!

8.  Buying fancy clothing was a waste of money.

One of the first things I did after getting a “real” job and earning an income, was to buy some decent work clothes:  Collar shirts, some nice pants, and a nice pair of ‘business’ shoes.  This went on for years, and I spent way too much money on clothing.

I don’t know why I bothered.  It didn’t impress anybody.  Sure, I suppose I “fit in” with the rest of my co-workers a bit better, but in the end it doesn’t matter.

Now, those work clothes are getting dusty in the closet.  I’m all about the thrift store these days.  Cheap clothes that won’t impress anybody.  Mainly t-shirts and some heavy duty pants  — that’s my “millionaire uniform”.

After Mrs. Tako and I got married, we decided to start house hunting.  We took forever to find a house because we were super-picky.  It took a couple years in total.  During that time, the average home price in our area rose from $350k to $500k in our area.

(We live in a high-growth area where real estate prices have been rising quickly.)

I sure wish we could have been *less picky* and just bought a home when the prices were more affordable.  It would have saved us a ton of money on interest payments if we could have just settled for something “good enough”!

Even though we payed way too much, I’m still glad we bought a home.  It’s a godsend to have a fix rate mortgage when the cost of renting goes up 8-10% a year.

10.  I wasted money buying books instead of using the library

Yes, I admit it.  I used to buy books from bookstores, and I paid full retail price for them as well.  Why did I do this when there is a perfectly serviceable library in town?  I have absolutely no friggen idea.  It was idiotic.

Most of the books I only read once, and then they sat on a shelf the rest of the time.  I could cry just thinking about those dollar bills sitting there on the shelf doing nothing…

Alright!  If this post doesn’t drive away the last of my readers, I don’t know what will!  As you can see, I’ve been a real financial idiot!

I went into debt to the tune of $50,000 to get my undergraduate degree.  Yes, it was expensive.  Yes, I had a lot of debt.  And yet, if I was given the choice to go back in time to do it again; I’d get that same education all over again without hesitation.

It was that same education that introduced me to the world of business and investing.  It opened my mind to a whole new world.  While a college education didn’t give me all the answers, getting that education exposed me to a few really big ideas that matter in this capitalist world.

Big, important ideas that made me who I am today.  Ideas that eventually turned into millions.  Millions that now spit off more than $50k every year in dividends.

Today that student debt doesn’t seem quite so large.  Time and compound interest will do that I guess… 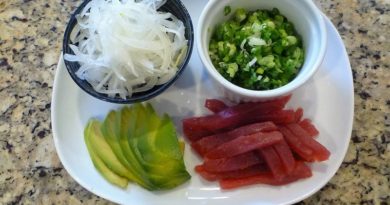 How To Get Rich With: Fancy Sushi Dinners 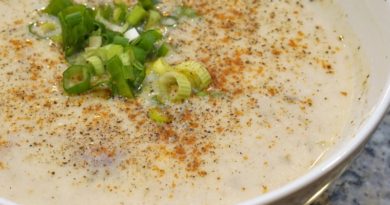 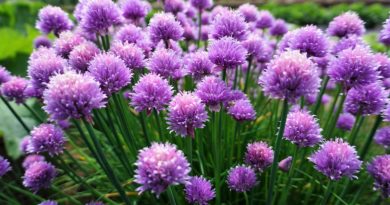