Want to hear a frightening statistic?  In 1935 the average lifetime of a company in the S&P 500 was 90 years.  By 2014 that metric had shrunk to only 18 years.  Clearly, the staying power of America’s large corporations isn’t what it used to be.

As investors we often confuse size with “staying power”, but that no longer seems to be the case.  Economies of scale, often called an ‘economic moat’ that protects larger companies, doesn’t seem to have done a great job.

By all accounts the world is now changing faster than ever — Innovation and technology can quickly take down even the largest and most established corporate giants.

As investors, either passive or active, is this something we should be worried about?

While many index investors have a ‘devil may care’ attitude regarding the composition of their chosen index, they absolutely should care.  These so called ‘passive’ index funds are anything but passive when dealing with the forces of creative destruction!

Let’s use a S&P 500 index fund for example — In the event that a company is removed from the index, the fund must immediately sell shares in the old company, and buys shares in the new business. In the case of the share sale, this creates capital gains taxes.  The index fund ends up being less tax efficient than other ‘Total Market’ index funds that wouldn’t be selling the shares.  Investors end-up paying more in taxes than a completely passive investment.

This shifting of names in the S&P 500 happens surprisingly frequently too — in recent years anywhere from 15 to 23 companies have been removed from the S&P 500 annually.

Imagine for the moment that the business world is a jungle, teeming with life.  Every company in this business world is an organism that lives, eats, and dies.  Each organisms fills an ecological (business) niche, and fights to survive.  Businesses in the jungle have to eat (income) or they will eventually die-out, like other biological systems.

In this mental model businesses also have to compete for food and resources.  They must adapt to environmental change.  Some will end up thriving , but others will struggle.

The parallels to an aggressive business world are obvious — “Only the strongest survive!”, and “Survival of the fittest!”, right?

Competition isn’t the end-all-be-all of survival.  It turns out that Charles Darwin never actually said the phrase “Survival of the fittest”.  The phrase is actually attributed to Herbert Spencer, not Darwin.  In fact, modern biologist don’t actually use the phrase because it misrepresents Darwin’s actual process of ‘natural selection’.

What Darwin actually said in The Origin of Species was more akin to “Survival of the most adaptable“.  The determining factor of an organism’s survival isn’t competition, but rather its ability to adapt to environmental changes and occupy unique biological niches.

I’m suggesting that the same holds true for businesses in which we might invest.

As an investor in both index funds and individual stocks, I try to invest as an owner and ignore market movements.  I don’t want to be trading in and out of companies every few years and paying unnecessary taxes.  I want investments with staying power than I can hold for decades!

Millions of years ago, dinosaurs roamed the earth.  Many were GIANTS, and well adapted to compete for resources.  Food sources were abundant (enabling their large size), and the environment was hospitable.

Life was pretty good for the dinosaurs, until one day it wasn’t…

66 million years ago (at the end of the Cretaceous period), an ecological event occurred that wiped the dinosaurs out.  Scientists still debate exactly what the event was, but most theories seem to focus on a large asteroid hitting the Earth, causing dramatic environmental change.

So what about the corporate world?  Are large S&P 500 companies the world’s new dinosaurs?

Quite possibly!  Large dominant companies, like IBM, Exxon, and Microsoft, have to focus on the largest multi-billion dollar niches to sustain themselves…making them highly dependent upon just a few economic niches.

When the next “economic asteroid” hits, those guys might be the first to go!

Couldn’t a large company like Exxon adapt to a global shift to electric cars?

Potentially, but not without great difficulty.  In most scenarios, Exxon wouldn’t be able to maintain the same market cap it commands today.

Instead, smaller nimble companies would fill the new niche faster.

This train of thought suggests that investing in a smaller company with a diversified income model might survive longer.

But predicting which niche is going to grow is nearly impossible.  They could just as easily be wiped out.  Self-driving cars?  Electric cars?  Drones? Smart Watches? Smart Homes? Wearable computers?  Quantum computers?  What innovation is going to be next?  The list of possibilities seems endless.

How do the world’s great investors solve the problem of creative destruction?  Answer:  They don’t.

The world’s great investors are well aware of the complexity of investing in industries under dramatic change.  They simply try to avoid the problem.

To get rich, you find businesses with durable competitive advantage and you don’t overpay for them. Technology is based o­n change; and change is really the enemy of the investor. Change is more rapid and unpredictable in technology relative to the broader economy. To me, all technology sectors look like 7-foot hurdles.  — Warren Buffett

Investing well, means finding great companies that will perform exceptionally not only today, but also tomorrow.  As Buffett alludes to in his quote, if a particular niche encounters little change, it can be quite profitable.

There is a great book I’ve been reading that illustrates these points even further, The Innovator’s Dilemma by Clayton M. Christensen.  In the book Mr. Christensen takes a deep analytical look at several industries and examines why success is so hard for innovative companies to sustain.

It’s an excellent read.  If you have an interest in this topic, I highly recommend it.

Despite the difficulty of investing in companies with real staying power anymore, there are still some big takeaways that any investor can utilize from this thought exercise: 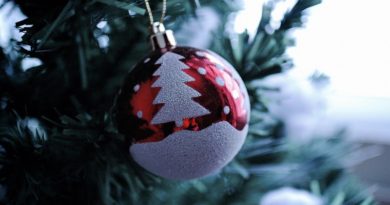 22 thoughts on “The Secret Life of Stocks”