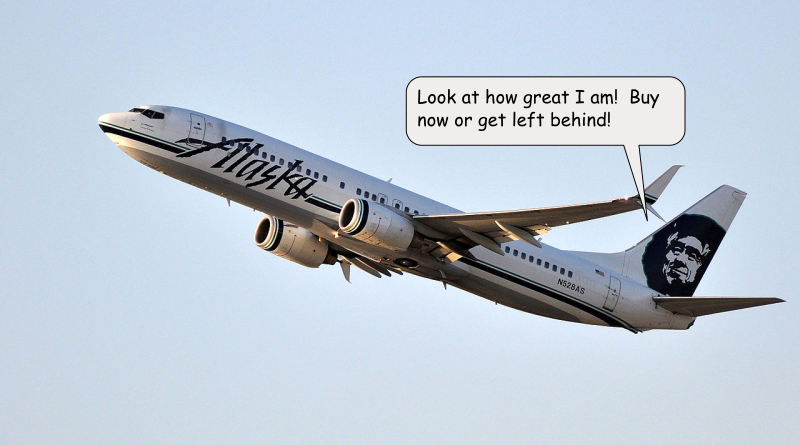 You’ve probably heard that joke about airlines before: “How does one become a millionaire?  You start out a billionaire, and then buy an airline.”  This kind of humour was well deserved given airlines’ tragic history — constantly in bankruptcy and frequently losing money for investors.

That joke used to be all the advice an investor needed to know about airlines…until recently.

You’d have to be living under a financial rock to have missed the big news that Warren Buffett has now sunk over $10 billion into investing in airline stocks, and nobody is betting he’s going to lose it all.

Buffett recently bought into all four of the big U.S. domestic airlines – Southwest, American Airlines, United, and Delta.  Not just a single stock.

This is a huge bet on the airline industry, and perhaps a preview of what’s next for Berkshire Hathaway (more on this later).

So what gives?  Has Buffett completely lost his mind, or has he started to see something in the airline industry that’s fundamentally changed?

One of the biggest business environment changes that airlines experienced in recent years is drastically lower oil prices coupled with a good domestic economy.

Oil prices mean everything to airlines, because oil is refined into jet fuel… and airlines burn A LOT of jet fuel!

This sudden windfall (of low oil prices) had a HUGE affect on airline profitability.  They went from having terrible profit margins, to those similar to the very best America’s best companies.  Take a look at this:

Every single one of the major U.S. airlines now has operating margins in the double digits.  That’s incredible!  Suddenly they look like good businesses!

With OPEC turning down the spigot of cheap oil near the end of 2016, you might have expected oil prices to head upward and airlines to suffer.

Except they haven’t, not really.  Prices are still sitting near $50 a barrel.  Why?  Domestic oil producers have started pumping out more oil, and maintaining this ‘oversupplied’ state.

The world is awash in cheap oil, and those conditions are not expected to change anytime soon.  Hence the phrase “Lower for Longer”.

Interestingly enough, profits at oil refiners (in 2016) were also some of the worst since the Great Recession.  Just take a look at the Q4 numbers for big oil refiners like Valero or Phillips 66 — Sub 2% profit margins, all the while running their refineries at near 100% of capacity.  Yikes!

All this adds up to profitable times for airlines, and a party that’s not going to stop any time soon.

Next up on my list of big changes for the airline industry is domestic consolidation.  Remember Northwest Airlines?  Continental?  US Airways? America West?  How about TWA, AirTran, or ATA?  All gone in the last decade or so.

This level of consolidation brought us down to just 4 large carriers and a handful of regional airlines in the United States.  We now have oligopoly-like conditions in the domestic air market, providing excellent competitive conditions for the remaining carriers.  (Oligopolies tend to be very profitable.)

There also appear to be few new entrants into the domestic airline industry… For a very good reason: Running an airline is really hard.  Even the big 4 airlines are constantly having computer problems, delays, mechanical problems, and dealing with bad weather.

Not only that, but airplanes are expensive to purchase and operate.  It takes a huge amount of money to start a new airline, and then decades to build significant consumer trust.

Think about it — When you buy that next vacation ticket to Disney World, would you rather fly on Air Bob or Delta Airlines?

Yeah, I thought so.  Air Bob would have to be significantly cheaper than a Delta ticket for most people to even consider a no-name airline.

The last time I used a no-name airline, it was a buy-one get-one-free promotion almost 10 years ago.  Needless to say, I never got to use that second ticket before the airline fell into bankruptcy.

It’s also worth mentioning that airlines are not fast growers.  The industry typically grows in step with the population, and follows GDP growth (or decline).  Usually this is in the 1-3% range.  If there’s a recession, people travel less.  If the economy is good, people travel more.

Yes, airline profitability has improved, but they are not (as an industry) moving significantly more passengers.  The big revenue growth for airlines came from consolidation, NOT from selling tons of new seats on planes.

The Bureau of Transportation statistics provides the necessary data to back up this assertion:

Yep, almost a decade of moving around 800 million to 850 million passengers.

Given those low growth rates, how does Buffett and Co. expect to earn big bucks from their investment?

Well, Berkshire isn’t banking on a population boom.  On the contrary, Buffett is famous for loving companies that are slow growers, but maintain consistent earning power for long periods of time.  Earning power that gets plowed into dividends, share buybacks, and carefully growing the business at a slow and steady pace.

I think that’s the case here as well.  We can see that after profitability improved in 2014, the big 4 airlines started using the excess cash to buy back shares and increase dividends.  Delta and Southwest provide great examples of this phenomenon at work:

This pattern of rewarding shareholders with excess profits looks set to continue into 2017 and beyond … as long as a recession doesn’t hit or a major world event doesn’t shock oil prices sky-high.

What I Think It Means

Normally, I wouldn’t touch airlines with a 10-foot pole.  One little economic blip or war in the middle east, and they’re back into bankruptcy…

That said, I think there’s something else going on here.

Buffett expects profitability to remain strong for airlines as the domestic oil industry continues to pump out cheap oil.  It’s also a big bet on the U.S. economy continuing to do well.

Furthermore, I’m going to suggest that he’s going to buy one of these airlines outright… but he doesn’t want to disclose which airline to keep prices lower.

Instead, he’s buying a basket of airline stocks to confuse the real winner and his real intentions.

If you’re a Buffett watcher (like I am), you’ve seen this behavior before.  He did the exact same thing before purchasing the Burlington Northern railroad.

For those of you with fuzzy memories, back in 2009 Buffett was buying shares in multiple railroads — Burlington Northern, Norfolk Southern, and Union Pacific railroads.

Railroads were doing really well after decades of poor results. (sound familiar?)  The 13F filings from 2009 have all the details.  Buffet later sold his remaining railroad shares after the tender offer for Burlington Northern was announced.

I see great parallels between this past purchase, and what’s going on with airlines today — Consolidation into an oligopoly, improved profitability, buying a basket of stocks to mask the real purchase, and significant cash at Berkshire for purchasing an entire company.  The elephant gun is loaded.

If I was to guess, I would say the eventual winner is going to be either Southwest Airlines or Delta.

Maybe I’m wrong about Buffett buying an airline outright, but this looks extremely similar to what he’s done in the past.  If I’m right, we’ll see continued purchases throughout the year, and a winner announced around the end of 2017.

So do I think you should go out and buy airline stocks?  No, not really.  Despite improvements to profitability and debt levels, they still aren’t the most durable businesses in the world.

There are still small regional carriers and budget airlines that could take market share from the big 4 by cutting into profit margins.  A war in the middle east could still upset oil prices.  The economy could head into a recession.  All of these things could significantly hurt the airline industry.

I don’t think anyone should divert funds from existing index funds into a basket of airline stocks.  But, if you have spare cash to invest, this could be an opportunity to research further.

Domestic airlines have experienced some of their best years ever because of the pain in the oil and refining industry, but I don’t expect airlines to do significantly better than the general stock market.  Those big gains are already in the past… we have to think about what comes next.

Perhaps airlines will do a few percentage points better than the general market this year due to improving P/E ratios, but not the doubling, tripling or quadrupling of profits we’ve seen in the past few years.  That just doesn’t seem realistic.

Airlines are set to do well regardless of Berkshire Hathaway’s real intentions, and the shares are generally priced at a bargain compared to the high prices of the general stock market.

As long as oil prices stay low and the domestic economy remains healthy, investors could do OK. 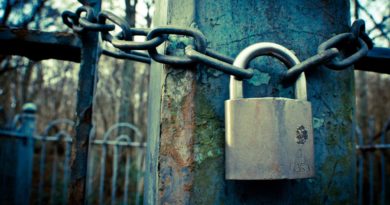 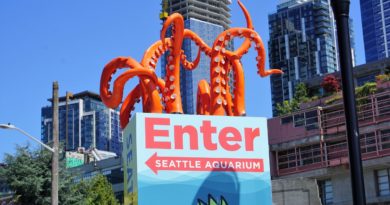 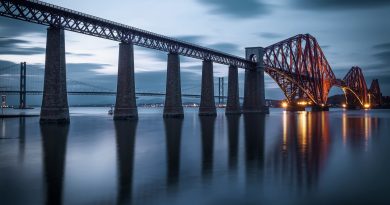 13 thoughts on “Should I Be Investing In Airlines?”