Imagine for a moment, you walk into a room filled with money nerds.  All eyes in the room are on you, because you’re giving a presentation on personal finance.  With sweaty palms you step up the podium and do a quick mike-check:

Those pleasantries completed, you begin with your opening line — A question designed to engage and entice an apathetic audience.

“Good afternoon everyone.  Before I begin today, I’d like to do a quick pole of the room — How many of you feel like you’re truly in control of your finances?  Raise a hand if you think you’ve got it under control.”

Ostensibly, most of the room is money nerds, so of course they’re going to be raising their hands.

A sea of hands shoot into the air with the confidence of true believers.

Today I’d like to make the argument that believing you have control over your finances is a lot like believing you’re a good driver — (everyone thinks they’re a “above average driver”) when in fact, control is something most people lack.

Who sets prices for things where you live?  If you walk into a restaurant, the cost of a meal is usually set by the owner of the restaurant.  If you rent an apartment, the landlord usually sets how much rent is.

Rarely do consumer get control over the prices of goods and services they utilize.  Instead consumers most frequently have control over how much of a thing they consume, not the price.  For example, they might choose to walk-out of a restaurant if they decide the menu prices are too high.  Or, they might choose to move from an apartment if the landlord raises rent too much.

In some situations, the consumer might not have any control at all.  For example, lets say you need to get your Honda fixed by a reputable repair place, and there’s only one Honda dealer in town.  Owners of the dealership know consumers will tolerate extremely high prices for the trust associated with that brand-name.  In cases like these, with no competition, consumers lose every time!

While I’m not here to cry over the fate of the common consumer — I DO want to make a point about controlling costs.  Those who control costs win, and those who don’t have control lose.

Over the years, I’ve begun to hypothesize that a large part of wealth building, is finding ways to control more costs and not falling victim to the businesses that try to control them for you.

Generally speaking, consuming food is something everyone has to do, and it definitely has a cost.  But how many calories you consume and where you consume those calories makes a gigantic difference in the financial outcome.

It’s an unfortunate fact that nearly 40% of adults in the United States are now obese.  I’m going to go out on a limb here and say that’s too high.  It is a staggering amount of money wasted on excess fat.

Not only that, but spending on dining-out, has now surpassed that of grocery spending. 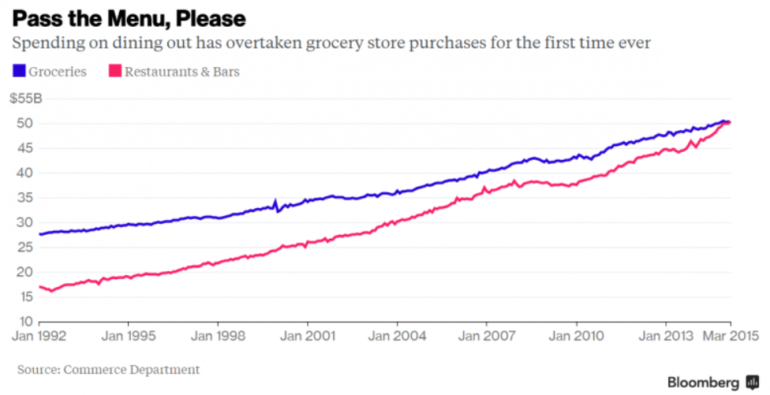 In other words, people are willingly choosing to eat too much, and then are increasingly handing over the financial control of that food to a restaurant owner who wants to earn a tidy profit.

Who do you think is going to win in a situation like that?  Doesn’t it sound like a big wealth builder?  Or, does it sound like the perfect recipe for financial mediocrity?

It’s all under my control.  Sure, you could argue that I don’t control the costs of the food, the grocery store does… but I devoured that little problem by sucking every last morsel of profit away from the grocery stores.  We purchase our food almost exclusively from loss-leaders.

Every week I’m scanning the grocery store ads to decide what to buy.  I’m comparing prices and building a weekly menu based on what grocery stores are giving away this week.  If it’s not on-sale, or I can’t find a deal, we simply don’t eat it.

I’m also creative enough, that we can still eat a huge variety of cuisines and recipes doing this.  Don’t believe me?  See for yourself.  I tend to post plenty of food photos and our food budget is posted every month too.

Another area where people give-control of costs is around entertainment.  Subscription services in particular are an area where consumers are particularly ‘sticky’.  A ‘sticky’ consumer is one who doesn’t cancel a service when prices are raised.  They’re clearly not in control.

Often times consumers will choose to remain with a entertainment service despite higher prices because they like the content, or perhaps they’ve just forgotten they subscribed!

Case in point — Netflix recently raised prices in the United States for their video on demand service.  Prices were raised by 13%-18% (depending upon the package), and yet they only realized a 0.1% increase in subscriber turnover.  Like I said: sticky.

It’s not just Netflix either, there are literally dozens and dozens of subscription based services to which consumers are hooked — from music streaming services, to video games, cable internet, food delivery boxes, cell phone service….

Oh don’t even get me started on mobile telecom providers… those guys are the worst!  There’s a very good reason why I decided to go phone-less for at least a month.

These subscription services are very convenient of course, but when you sign-up for these services you give-up control over your financial life.  At least a small piece of it anyway.  Sure, they might have good programming, or the best cell network in the country, but all that has a financial cost — a cost you don’t control.

This is why our family avoids subscription services like the plague.  We know that once we sign-up for these “wonders” of modern consumerism we’ll be hooked, and then we lose control over yet one more another aspect of our financial life.

While there are plenty of personal finance bloggers on both sides of the rent vs. buy debate, I tend to straddle both camps.  There’s is a time and a place for both renting and a time and place for buying.  For the purposes of this post, I’m only going to be talking about the cost control aspects of real estate.

As you might expect, being an home owner holds huge control advantages in the housing game.  As an owner, you control how big your monthly payments are going to be (by deciding on the size of the home), and then locking those payments in for 30 years.  That’s a big advantage in a world filled with continuous inflation.  When a landlord is busy raising rent by 9 or 10% a year, a home owner will be safely locked into a fixed rate mortgage.

Sure, as a renter you could jump ship and try to find a cheaper apartment, but who really wants to move every 6 months or year?  Not to mention there’s things like kids which keep people ‘sticky’ to locations.  You don’t want to move your kids to a new school during the middle of the school year, and most parents want their kids in a good school district.  Their’s no guarantee when you find a reasonably price apartment that the school district isn’t going to suck either.

Of course, not *everything* is under your control as a homeowner — Property taxes are one cost homeowners can’t control easily.  Sure, you can fight with the city or county to keep your property taxes down, but they do typically rise along with the local housing market.  In fast growing housing markets, tax increases can add an extra thousand dollars a year to your housing costs!

Other costs like renovations, home repairs, and even insurance can be controlled (to some extent) by an enterprising home owner.  You decide when and if renovations are needed, how much to spend, and which contractors to use.  If you’re willing to do a little DIY, it’s possible to keep the cost of those renovations extremely low.

Even More Expenses You Don’t Control

Want more examples of expenses where consumers don’t have control?  I mentioned cars in a previous section, and they’re certainly an area where consumers frequently get bilked out of many thousands of dollars.  The typical consumer, not being very mechanically minded, might notice a odd noise or a warning light on the car dash and bring the vehicle in for repairs.  They essentially hand over control of the process (what gets fixed and how much is paid) to the mechanic or car dealership.  Mechanics are always trying to ‘fix’ things that don’t need fixing, or up-selling unnecessary services.

There’s a reason why car dealerships are commonly called stealerships, because these business are notorious for ripping customers off.

In this day and age when you can find millions of free car maintenance videos on Youtube, it’s better to do a little pre-study on your car’s problem before you take it into the service center.  It might just save you thousands of dollars in unnecessary work.

Financial advisers are another profession that has ripping-off customers down to a science.  I’ve written about them before… they’re basically financial vampires.  In my humble opinion, it’s far better to learn a little bit about investing instead of ceding control to someone who just wants to take your money.

I’ve said it once and I’ll say it again, “There is no one who cares more about your money than you do.”  Giving up control because you don’t have an interest in investing is a very bad idea.  Instead, develop an interest and take back control from those who would use your portfolio as a personal ATM.

While I could preach endlessly about the different ways we consumers give up control over our finances, I begin to sound like a broken record at some point.  Either you’re going to get it, or you don’t.

Control over your finances is one of the most important tools you have on the road to Financial Independence.  Yet, I frequently see people handing over the keys to the kingdom in the name of excuses like “it’s convenient”, “I don’t like to do that”, or “I’m don’t have the skill set”, or “I’m not interested”.

It’s a damn shame.  Maintaining control can sometimes be a bit more work, but it’s well worth it.  Yes, you might need to do a little research, or a bit of physical work, but it’s really not all that bad.  Learning new skills and getting your hands dirty is even fun sometimes!

Should you manage to keep control over your costs (instead of handing over the control to someone else), it is my firm belief you’ll achieve financial independence far sooner than you would going down the well-trodden paths of consumerism. 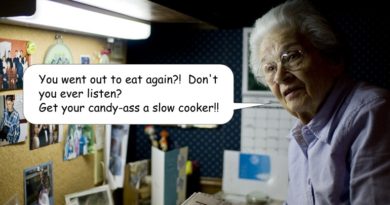 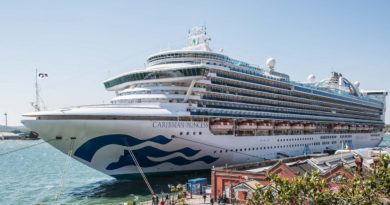 12 thoughts on “The Onus Of Control”