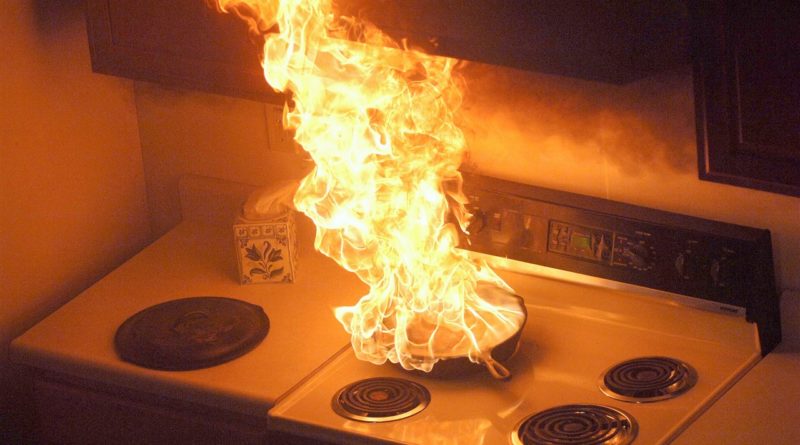 On your journey to financial independence, someone is inevitably going to find out you’re not exactly doing things “the normal way”.  Maybe your friends and family find out.  Or, perhaps a neighbor or co-worker.  Heck, maybe you even start a blog where you tell the world your whole financial story…

Without fail, somebody somewhere is going to throw some shade your way.  Shade — meaning negativity, criticism, or hatred.

A Negative Nancy or Negative Ned can really ruin a person’s day.  Yes, the world can be a really negative place.  People criticize others all the time.  They throw hate at anything different.  In fact, on the internet cutting someone down is almost considered a sport.

When that same criticism comes from friends and family it can create tension, strain relationships, or even lead to serious emotional pain.  Yes, the road to financial independence isn’t without it’s aches and pains.  There’s bound to be some emotional pain along the way…

Just Deal With It?

In the past I’ve written about how having a thick skin is an important skill in early retirement.  As I mentioned in the post, “mastering your stories” can really help control the amount of negative feedback you receive… but it doesn’t eliminate it entirely.

Especially if you do anything online where people have some degree of anonymity.  They can say terrible things with impunity.

In the past, I merely said “learn to deal with it”.  But that answer never really sat all that well with me.  Why?

I was never very good at letting that negativity bounce-off me.  Not entirely at least.  Some of it still got through and sunk its teeth in.  Sometimes I’d get to feeling a little blue.

You see, every weekday I walk my son to school and then go for my regular morning walk.  (I do some of my best thinking when I’m walking.)

It was on one of those walks that I happened to be thinking about how Financially Independent people are really good at being opportunistic.  We seize opportunities that are incredibly advantageous to us, even if they take a little work to realize.

Opportunism is one of the key advantages that makes Financially Independent people so different.  We turn lemons into lemonade.  We turn trash into treasure, and seize opportunities that others typically ignore — such as using frugality to build a financial snowball even faster.

Then, the thought hit me — All the negative comments and hatred is really just another form of trash.  Why can’t I turn THAT trash into treasure, like I do almost everything else?

Just like that, a powerful switch flipped in my head and I realized — I most certainly CAN turn negativity into something positive I can use!

At the very least, hate is fuel!

As an opportunist, I’ve learned a few tricks over the years to dealing with trash.  Inevitably when picking-up free stuff like furniture, some of it is never going to turn out as expected.  That free furniture on Craigslist will turn-out to be too broken or worn-out to really be useful to you.

In other words, you picked up someone’s trash that you thought was going to be a treasure… and it really was just trash.

But even trash can be useful if you’re an opportunist willing to put a little work into it — Worn out wood furniture can be chopped up and burned in a fireplace.  Metal pieces, such as steel, iron and aluminum can be recycled for cash at your local metal yard.

Heat and a little extra money sure beat throwing one-more-thing into the landfill!

This is what I learned to do with negativity —  I learned to take all that hate (aka trash) and turn it into fuel for my Financial Independence dumpster fire.

Let the flames burn bright my negative friends… because the hate is keeping me warm!

Inevitably, you’re probably wondering how this negative-hate to positive-energy conversion process works.  Well, like any good opportunist, it’s how you process the negativity that matters.

Basically — Any negativity received is simply an acknowledgement that you’re simply doing something different than normal.  In other words, they’re saying “You’re different and I don’t agree with that”.

So what?!?  Being different is actually a good thing!  Take it to the extreme.  Go full-on weirdo and embrace it, like I did.  It’s those differences that allowed me to reach financial independence at such an early age.

To achieve different outcomes in life, we have to make different choices!

So really, anytime those Negative Nancy’s tell you that you’re going to die a penniless deprived hobo, they’re actually saying, “Goddam, I see how different your choices are in life compared to mine!  You’re definitely going to get a different outcome in life!  You’re doing different right!”

Like I’ve said in the past, nobody can predict the future.  A Negative Ned that throws a nasty comment my way has zero ability to predict the outcome of my life choices.  His prognostication really doesn’t matter.  It’s nonsense.  He doesn’t know anything, he’s just spewing shit.  This is just his (or her) acknowledgement that I’m on the right track to achieving a different life.  That’s what matters the most.

All that “acknowledgment”, is really just a positive thing.

Oh, and don’t forget — Anytime someone says something positive, it’s nice to say “Thank you” in return.  Turn that shit into sunshine, and then blow a little sunshine back at ’em.

It feels really incredible to turn the negativity around and give back sunshine in return!  Kill ’em with kindness, as the old saying goes!

This post wouldn’t be any fun if I didn’t include some examples on how to so this!  So, here’s some good examples (based on some super-awesome reader comments I’ve received over the years):

Me:  “Thanks for reading the post on my investing strategy Nancy!  The fact you commented means I must be on the right track!  It’s going to be really fun to find out if you’re right!  Keep on reading my blog to watch it happen!”

Negative Ned:  “You are depriving yourself and your family with pointless frugality.  I really feel sorry for your kids.  What a shame there are terrible people like you in the world.”

Me:  “Wow, super-awesome comment Ned!  Great acknowledgement of the differences between us!  We don’t feel deprived at all!  In fact, we’re super happy because of our choices.  Frugality is not deprivation.  Thanks for reminding me! 🙂  If I ever need a little pick-me-up, I’m going to come back and re-read your comment in the future!”

Terrible Ted: “You are a worthless bum that refuses to work.  Meanwhile your wife supports the family you loser!”

Me:  “Oh, you picked-up on the fact our family is different!  Thank you.  Yes, we don’t look “normal” from the outside.  Our cash flow primarily comes from dividends these days, which means we get to do what makes us happy! 🙂  In my case, that doesn’t include a traditional job.  In Mrs. Tako’s case, she gets to work at a job she loves!  We both get to engage in the productive pursuits we love AND earn a little cash!  It’s pretty fantastic.”

Bitchy Beth:  “I find your lifestyle depressing.  If I had to cook every night, I would absolutely be hating life.  Eating at nice restaurants all the time makes me happy.  I really pity your family and its deprived life.”

Me:  “Thanks for pointing this out Beth!  On the contrary, we’re actually really happy we don’t waste money at restaurants!  My cooking skills have vastly improved since I started cooking at home regularly too!  I’m a badass in the kitchen, and Mrs. Tako loves it.  That makes me pretty darn happy! 🙂  Besides the incredible savings and better food, there’s no driving to a restaurant (better for the environment), no wasting time waiting for a table, and I get the food cooked *exactly* to my specifications.  There’s so many incredible advantages I actually dislike eating at restaurants now!”

It used to be that a bunch of negativity both online and from friends or family would eventually get me down.  People love to criticise.

We all tend to build-up personal walls too, but those walls are FAR from impenetrable fortresses.  It can get to us.  Negativity can wear down even the strongest walls.  Sometimes it got to me.

Not me.  I love being a weirdo.  For god’s sake, my online persona is an octopus.  Full-on weirdo is my happy place. 🙂

Now, I simply throw the extra negativity on my hate dumpster fire when someone throws shade my way.  I turn that negativity into fuel for my personal fire.  Or FIRE (the acronym).  Whichever.

It’s an incredible opportunity to build-up positivity and optimism about your personal path through life.  People are noticing how different you are!   Use that to build yourself up! Use it to feed your passion for a different life and reaching that eventual different outcome!  You can do it!

This is an incredible tool that I think many people on the road to financial independence could definitely benefit from.  At the very least this post will probably generate plenty of “acknowledgement about of how different I am”.  And I look forward to it.

Bring it on!  My fire needs more fuel. 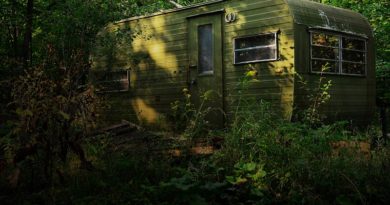 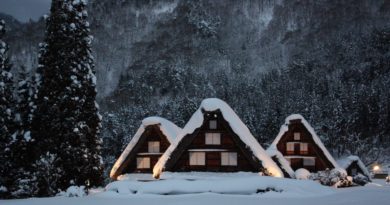 50 thoughts on “Throw Negative Nancy On The Fire”