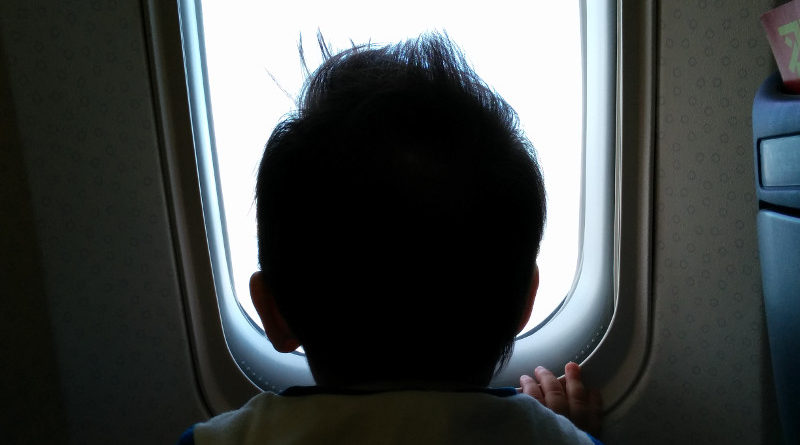 Travel has to be one of life’s best activities.  Who doesn’t like to explore new places?  Travel allows us to experience the sights, the sounds, and the flavors of another part of the world.

With any luck, it creates new and (hopefully) lasting memories that enrich our lives…. but travel clearly doesn’t enrich our pocketbooks.

Traveling is (of course) still consumption…. just a different form of consumption than a physical object.  Travel is about consuming experiences, and it can be a major expenditure for any family budget.

Attempting to minimize costs is almost a given when you have kids — in our case a family of four.  The usual suspects for keeping costs down include traveling at off-peak/off-season times, cooking your own food, and minimizing lodging costs.

This year we’re going to take things a little further…

If you’ve followed this blog for awhile now, you know that our pattern is to take one big trip per year, and then a number of smaller road trips.  For people with small children, that’s plenty of travel.

Last year we went to Hawaii and lived it up in all that glorious sunshine.  We rented a house (with pool), ate some outrageously good food, and had a fantastic adventure … all for the reasonable low cost of $1,392.96 (not including airfare).  This worked out to be $174 per day, which was reasonably affordable, but higher than our regular budget.

The airfare of course was the really expensive part of the trip — We had to pay for 3 seats (Tako Jr. #2 was still a lap infant then).  At roughly $500 per ticket, airfare was the most expensive part of our trip, but we had a great time!

This year we’re going to change how we “do” travel, by trying a few new things….

It’s been years since we’ve been to Japan, so we’re really excited.  Instead of spending just a week on vacation, we’re going to slow things down even more in 2017!  We’ll take a longer trip and we aren’t going to set agendas, activity lists, or even a rigid schedule.

Heck, the only hard dates we’re going to tie-down are the flight dates.   We’ll spend as much vacation time as Mrs. Tako’s work will allow … which should amount to 3 to 4 weeks of vacation.

The plan is to take the trip in early fall.  That way we can enjoy mild summer of the Pacific Northwest, and skip the ultra hot and humid summer of Japan.  By fall, it cools down considerably.

On this trip, we’re going to skip the expensive rental house option.  We’ll be visiting family for much of the trip, so our lodging costs should be *considerably smaller* this time around.  We’ll still do all kinds of side trips to different cities, staying in ryokan, and enjoying an onsen (or two).  Lodging costs won’t be entirely free.

Instead of renting a car like we did in Hawaii, we’ll be using public transportation wherever possible — mainly trains and buses.  Given the length of time we’ll be traveling, I expect this cost to be significantly higher than what we spent in Hawaii.

Multiply that by four people and do a couple round trips — those costs really start to add-up.

Despite all the hubbub about Japan’s awesome bullet trains, it’s frequently more economical to take a low-cost airline flight.  That same trip from Tokyo to Osaka on one of Japan’s low cost airlines, runs $99 round trip — less than half the cost of a bullet train.

Yes sir, I’ll take some of that please!

With names like Vanilla Air, and Peach Aviation, they may sound strange but Japan’s low-cost airlines really aren’t all that different from taking a regional carrier like Southwest or Alaska Airlines in the U.S.

But I’m getting WAY ahead of myself.  Before we even dream about inter-country travel we need to cover the big elephant in the room — Getting to Japan!

That’s going to be our biggest expense the entire trip.

So, (for the first time) we’re going to try our hand at travel hacking to keep the costs down.

Unfortunately, I am not an expert when it comes to travel hacking.  This will be my first attempt.  Other bloggers like my buddies at Millenial-Revolution, RootOfGood, Mr. Crazy Kicks, and the MadFientist are masters at the travel-hacking game.  They seem to be able to fly around the world for mere pocket change.

I don’t expect results quite that good, but maybe we can score some cheap flights this year.

Recently the MadFientist wrote a great primer on how to get started with travel hacking — How to Travel Around The World for less Than $1000.

I admit to being skeptical because $1000 is *really damn cheap* for that much travel!  Is that just clickbait, or can it really be done?

We’ll find out by using the tools and sites Mr. MadFientist suggests to see if it’s possible — Let’s get started!

First off, we need to find out how much in travel rewards such a trip might cost us.  So we’ll punch our departure city and destination city into AwardHacker.  Here’s what we get:

Is that even possible?  The tool tells us that ANA Mileage points can be transferred from either Starwood Preferred Guest Rewards or Amex Membership Rewards programs.  OK great.

Next, we need to determine which cards have the best sign-up rewards.  That’s usually how this travel hacking game is won.

Using the Madfientist’s own tool CardRatings, we can see the biggest rewards come from the Starwoods Preferred Guest Amex card rewards. It scores a sign-up bonus of 35,000 points:

Redeemed for ANA Mileage at 1.25 miles per Starwood Preferred point, that would give us 43,750 points.  We’d also have the standard reward points for spending $5,000, netting us a total of 48,750 points.  Not quite enough.

That’s not going to do it….especially when you consider we have to spend $5000 in six months to score those rewards.  Our family only has enough spending to put $1,200 a month on a credit card.  We intend to take this trip in six months — meaning we only have $7200 worth of spending to work with.  At most we could only spend enough for one card reward bonus.

Houston, we have a problem.

Clearly this travel hacking thing isn’t as easy as the experts let on.

So that option was a complete bust.  But I wondered — What if there were other less obvious ways to cut costs?

So I dug around.  The results were interesting.  Within the United States, there is one airport that almost always has the cheapest direct flights to Japan — LAX.  Taking a quick flight down to LAX amounts to a savings of $300 per ticket.  Multiply that by 4 people and we’d save ourselves $1200!

But how do we get down to LAX for free or really cheap?

Using AwardHacker again, we can see that either Delta or Alaska Airlines mileage programs are the best bets, requiring only 15k miles per ticket.

With Alaska Airlines offering 30k points on their AlaskaAirlines Visa Signture Card ($1000 in required spending), this looks like a decent deal.  On top of that, the card offers a companion fare for $121….which is slightly less than the cost of a ticket to Los Angeles.  Unfortunately, the visa card does have an annual fee of $75 (charged immediately).

What would our potential cost be for 4 people?

All that to save around $1200.  That seems like it’s worth doing, but not the gigantic win that more experienced travel hackers say is possible.

Can You Do Better?

OK, so I freely admit that given enough time and spending (years) we could earn enough rewards points to earn a free ticket or two.  But we aren’t big spenders, and we aren’t going to purchase a new car on the credit card.

I’m really excited about this trip, but that’s really expensive for 4 people.  It’s been years since we took a vacation this long, but I’m disappointed by the high prices and poor results from my attempt at travel hacking.

So I’m going to ask you guys in the personal finance community — is there’s something glaringly obvious I’m missing?

Can you find a way to generate 50k points, given our spending of $1200/month and 6 remaining months until the trip? 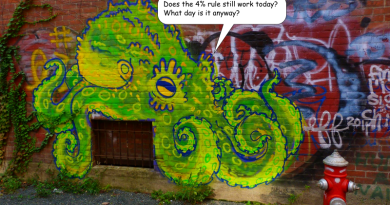 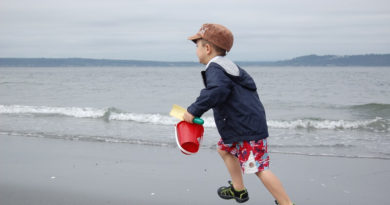 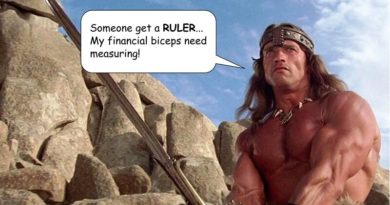